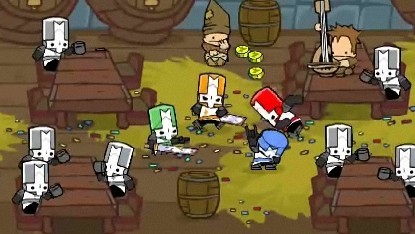 Ever notice the curse word when you’re collecting gold? Or how the song changes in the part where you makeout with the princess? Well it’s all in this guide! It’s only two things, but the both of them are covered here! Also, this is my first guide so some constructive critisicm would help 😀

I have found out (After pausing my game to get something to eat) that by pausing the game at this certain time, the song eventually stops doing the same repetitive notes, and you can tell that it actually goes through a song, that, well, changes over time. Yet that was on the Xbox and now I tried it on the computer and it worked as well!

Well, to find this song you need to
-Slay a boss that allows you to kiss the princess (excluding the Evil Wizard because the song doesn’t come on)
Example: Barbarian Boss, Frost King, Cyclops
-As soon as you kiss the princess and the song comes on along with the overview of the level, pause the game.

Pause game at this part:

After waiting 45-60 seconds, resume the game and the new part of the song will come on. (My time may be inaccurate, if so feel free to state a more accurate time in the comments)

Another thing I have realized in Castle Crashers, is that at that one part where the apparent, “God” of Castle Crashers brings a treasure chest out of the sky to finish off the enemy. It plays a song, and you might have noticed it say “Yeah” in the song. But… Here:

-Slay a boss that gives you loot when you defeat him
-Turn your volume up to where you won’t go deaf, but you can hear it say at least “Oh, yeah.”
with a sort of autotune to the “Yeah”
-Now, listen closely to realize that it doesn’t say “Oh, yeah”, It really says, “F***, yeah” 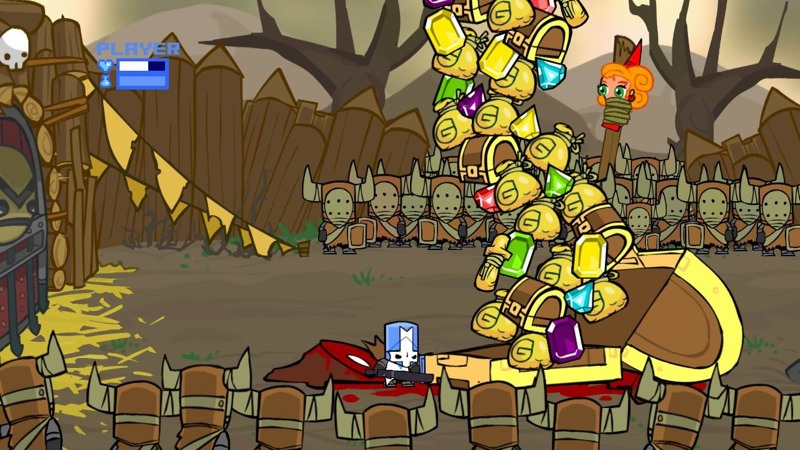 Well, weren’t expecting THAT were you. Unless you already knew it…Then.. I guess you were expecting that…