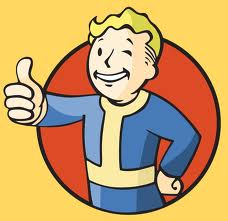 A simple guide to starting with plenty of money in Fallout

Once awakening and completing the character creation segments, Doc Mitchell with tell you go find Sunny Smiles in the Goodsprings Saloon. Rather than doing this, loot everything from the Doc’s house. Everything. Books, cigarettes and ambraxo are all fair game here. Don’t worry, nothing is marked as a theft if picked up, so the Doc will be totally fine to allow this.

Once everything is looted and picked clean, you should be close, or past the weight limit. Time to sell all the junk.

Go to Chet’s General Store and offload everything you have picked up. Since it’s mostly books and other MISC items of such, it shouldn’t give you an incredible amount of money.
For the best results, choose barter as a tag skill before completing character creation, this isn’t much of a problem if you haven’t but it does maximize the caps earned.

This is the same as before, go to Victor’s Shack in Goodsprings and loot everything. While not the most exciting thing in the world, it does give you some useful items like Weapon repair kits, and scrap if you use crafting benches etc.

Offload any and all unnecessary cargo from the shack at Chet’s store again.

The schoolhouse is mostly full of junk, but there is a locked safe with some decent supplies. Just as before, take everything from the area, looting the mantises as well.
Sell everything to Chet again, using some of the money if desired to get extra stimpaks, weapons or ammo.

Once you begin Sunny Smiles quest, there is ample opportunity to loot from all the Geckos and watering holes. While there isn’t much around here, if you are feeling hardcore, take all the litter from around the campfires. This will get you a little pittance but caps all the same.

Chet may be low on money by now, but most stores restock every four days, so it may be possible to barter for goods rather than money such as ammo or stims.

The gas Station has plenty of assorted goods, mostly MISC’s and some ammunition and supplies.

If you really feel like going the extra mile, here are some locations close to Goodsprings that are worth looting of everything for the best possible start.

Goodsprings Cave – Dead people in the cave have some random loot.

The Abandoned Shack is a usable player home, however it is situated near Radscorpions. It has a bed and crates as well as a reloding bench. There is also some random loot worth selling.