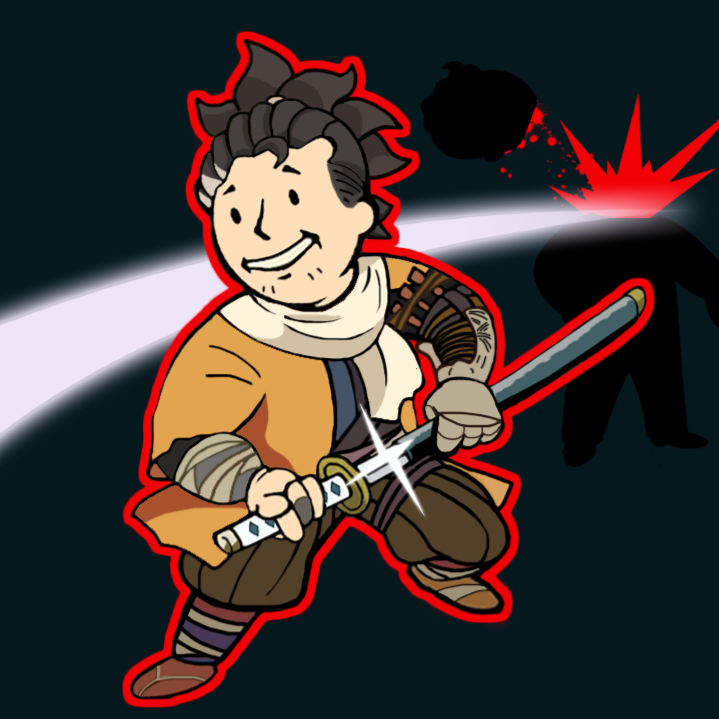 This is my favorite melee build that seeks to use the synergy between light armours and True police stories to make you extremely strong. It also outputs a lot of damage, since you’ll be always critting.

Built to destroy
Chance of a critical hit happening.

Claustrophobia
Raise all of your SPECIALs while outdoors, to give you a little bit of damage, detection, give you a bit of health, a bit of charm, medicine points, action points and critical hit chance.

Level 2 – Confirmed bachelor
It adds a significant bit of damage against men.

Level 4 – Comprehension
This perk is extremely powerful on you. With it, you gain additional skills when using skill books and double the magazine buffs. However the potential of this perk comes out when combined with perks: Retention and Voracious reader. The doubled magazine buff allows a lot more fighting, when using the True police stories magazines.

Level 6 – Bloody mess
Is the most beneficial on the long-run because of its increased damage early in the game.

Level 8 – Toughness
You will need this perk early on to get through some of the harder fights.

Level 12 – Piercing strike
By virtue of almost all of your damage being melee, armor reduction is a powerful compliment to your melee power, allowing you to tear anyone apart.

Level 14 – Fast metabolism
You tend to recover more health regen from stimpaks (should be enough to provide you with early sustain, and it’s good since your medicine skill is low).

Level 16 – Adamantium skeleton
This perk is potentially really important, especially in builds that emphasize close combat. In many builds, you want to avoid this perk, but really, in every build, it is to be considered, since if you get broken legs, your movement speed is ♥♥♥♥, and if you got broken arms, then you’re useless.

Level 18 – Silent running
Makes an enemy less likely to detect you while running in sneak mode.

Level 20 – Super slam
Is simply good in every stage of the game. On every attack, you have a chance to proc knockdowns. Enemies that are knocked down cannot move, and will be unable to do anything else for a second.

Level 22 – Stonewall
When knockdowns are a huge danger to you, this is the perk to pick up. It is highly effective against enemies like cyberdogs and deathclaws.

Level 24 – Purifier
This perk is one of the most efficient ways to boost your melee damage against deathclaws and ghouls. It’s one of the best choices if your goal is just damage, and stacks well with the Abominable perk.

Level 26 – Slayer
The extra attack speed really ramps up your DPS as it will proc more critical hits and Super slam knockdowns.

Level 30 – Better criticals
This perk provides you with critical damage increase in the game, but it’s really not good until you have the Slayer perk for some attack speed to get crits at a decent rate.

Level 32 – Unstoppable force
Is very handy against an enemy that keeps blocking in close combat, (It is annoying to get stuck in a staggered animation just as you attack their block leaving you vulnerable) the perk deals more damage when you strike an enemy while they block.

Level 34 – Light touch
Will give you that bonus critical hit chance if you wear a light armour.

Level 36 – Travel light
Lets you actually overcome your terrible mobility to an extent.

Level 38 – Retention
This perk massively increase the duration of your skill magazines, and synergizes well with the Comprehension and Chemist perks, and makes True police stories worthwhile in every second.

Level 40 – Ninja
To even further increase your SAC damage. By then, your enemy will already be dead.

Level 46 – Tunnel runner
More movespeed when sneaking, who can pass that up?

Level 48 – Living anatomy
You’ll need all the dps you can get to bash brains.

Level 50 – Just lucky im alive
Due to your high crit chance, crits are much more frequent and it is possible to eliminate an enemy without any retaliation.

Heartless
Sounds good on paper, but defensively is only actually good against being poisoned, which is somewhat common in the game.

Elijah’s ramblings
Extra damage for your crits, very useful especially if you get it early. Being able to take more health off the enemy is always a good thing.

Coin operator
I know If I have the materials in my inventory I can craft SM chips to redeem more from the vending machine, once I’m out of chems, stims & repair kits.

Lonesome road
Bonus damage when you have no companions.

IMO, these are the best melee weapons you can get early on:
Shovel, Tire iron, Lead pipe, Liberator, and Knock knock

Im not too sure about the rest of the melee weapons but I’m pretty sure Oh baby is the best weapon, I’ve just seen it mention in other discussions, claiming that it’s the best.

You know the Oh baby swings slow, but swings hard? The Nuka breaker is like that.

Honestly, just go for Old Glory, Oh Baby, or Protonic Inversal Axe. All are pretty close in terms of bigger crits and you can pretty much choose whichever one you like the most.

1st recon beret – Lucky shades – Ulysses duster
These are your armor items. It gives a moderate DT, which is not that useful, however the critical hit chance bonus is very powerful on you, as it allows for proccing critical hits, and plus it synergizes well with light armour perks.

Buffout – Sierra madre martini
The stats and raw hp are a very welcome boost to you, and these items are one of the best if you dont desperately need armor.

True police stories
The magazine can further boost your crit proc rate by a respectable amount. Always keep one for producing multiple copies of it.

Battle brew – Medx – Slasher
A strong option if you want to know what invincibility feels like.

Turbo
Giving you much needed survivability to run away when things get too hot.

Weapon repair kit
Your weapons will decay at a faster rate each time it crit. Redeem more of this when needed.

Rushing water
The increased attack speed is needed because it allows you to get procs of crits on enemies more quickly.

Thanks for reading. If you have ANY questions, or want to discuss something you’ve read in here, feel free to ask me in the comments here or via my twitter: @KillKroozer.

Be sure to checkout out my other guides too: