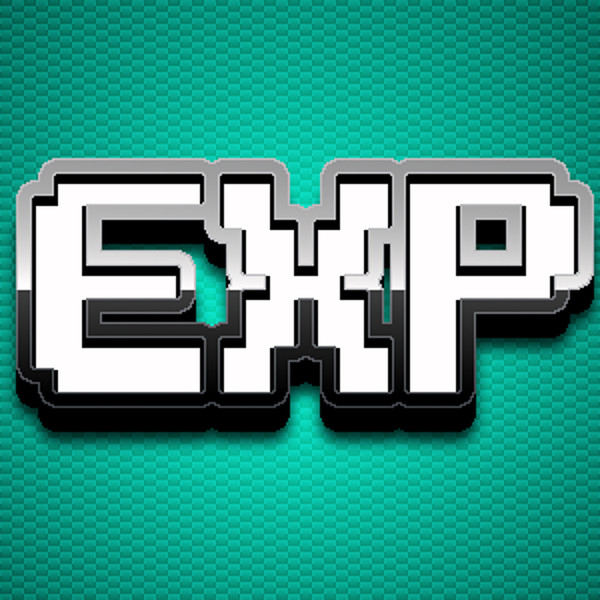 There are A LOT of guides out there explaining how to level up quicker. And I’ve been sent MANY friend requests from people who want an answer to one question:How do I level up faster?Instead of explaining how to level up faster to them again and again, I decided I should just make a guide that explains all the tactics to leveling up, and which are the most efficient, and which are pointless and slow you down.It’s the XP Guide of all Guides. It rates ever single tactic I can find. (Kind of like a tier listing for strategies.) Welcome my friends to U-Knighted’s Ultimate XP guide.I will be showing you what works and what doesn’t.Also please note that I am completely open to suggestion for new tactics and things in the comments. Heck, I can be wrong at times. Just be very calm with your opinions please.

Here are some tips that apply to all of these tactics. 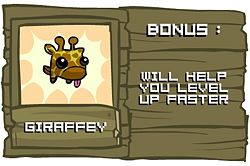 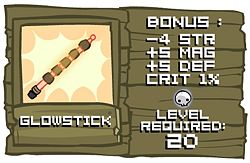 Tip 2 – The Glowstick
XP is measured by the amount of hits you deal on an enemy. Thus, with a weak strength weapon, you’ll be hitting an enemy more to kill it, which means more XP in the bank.
Using the glowstick, you’ll also get +5 Magic, (Great for boss clearing characters) +5 Defense,(Making you a tank) and -4 Strength. (Helping you level up faster.) Along with all this, you get 1% crit chance. 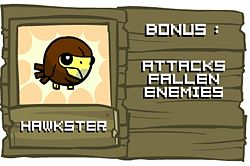 Tip 3 – Hawkster
Hawkster is the secret pet of XP. Not many players know about his powerful abilities. Once an enemy is knocked down, hawkster will peck him, doing 1 damage, which is the smallest amount of damage that can be possibly done. But, the fact that he gives 4 bonus xp per peck is NOT TRUE. (sorry for the previous confusion.) This is overrall a great method for farming XP in general and works great for all of these tactics with an exception of the “XP Cats” tactic as hawkster does not do any damage towards bosses.

These are some of the top tier tactics that I personally use. Very helpful. 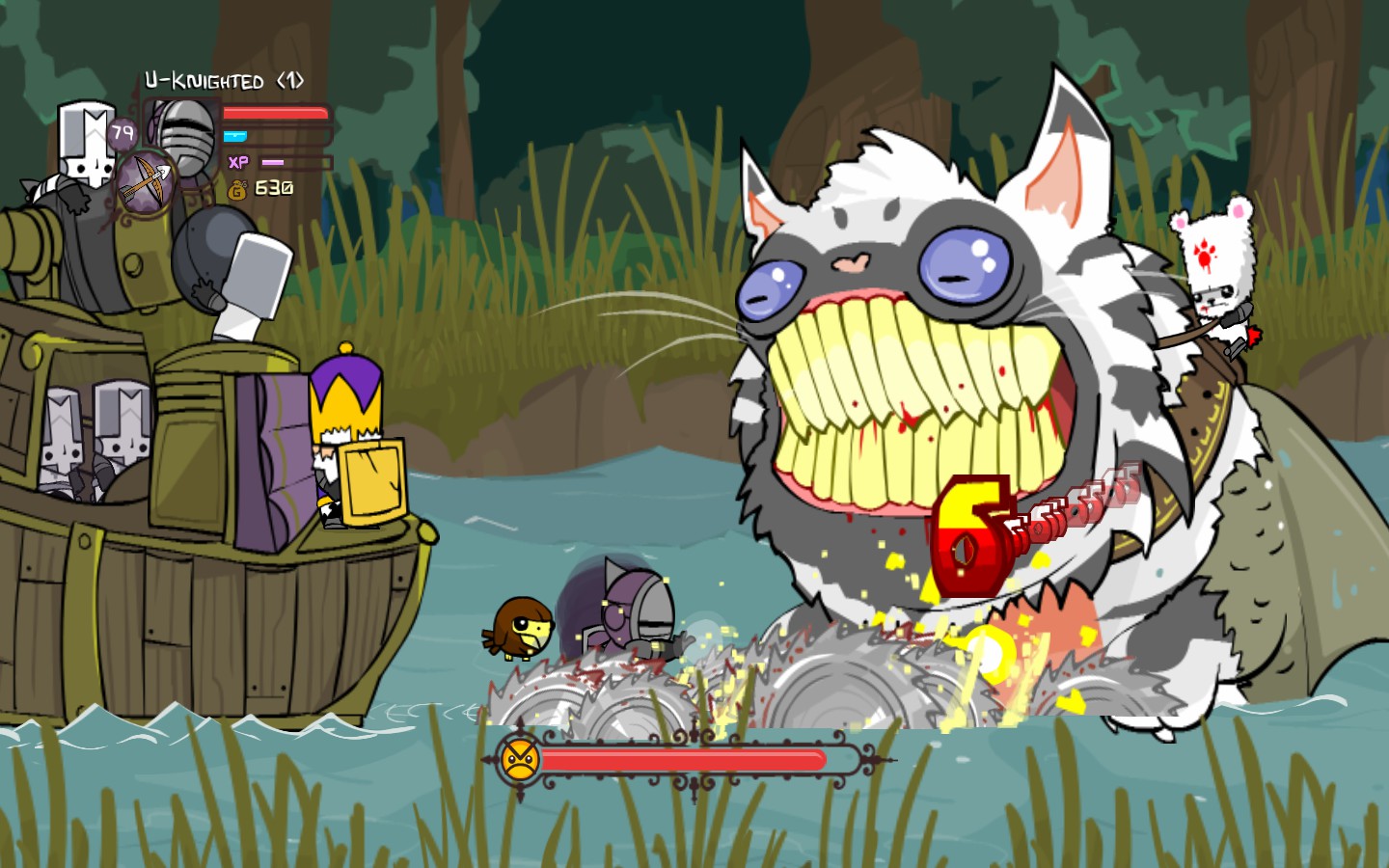 Tactic 1 – XP Cats
Required:
The Industrialist/Fencer
Maxed out Magic
Insane Mode Catfish Boss unlocked
How to:
Go to the Catfish Boss on insane mode, and spam your magic. You’ll do about 4-6 damage per hit, raking in lots of XP. Avoid hitting him when he’s hit by the cannon ball, as you’ll do more damage, which means less XP. Repeating this process can get you to a decent level. This helped maxed out my Fencer to level 78!
EXTRA DETAILS: You might level up 2 times in one run at first. But after a while it goes down to 1 time and sometimes you won’t level up at all. This works well until maybe level 68, then you’re going to have to play it a few more times to level up. But with the Industrialist/Fencer, it shouldn’t be a problem. 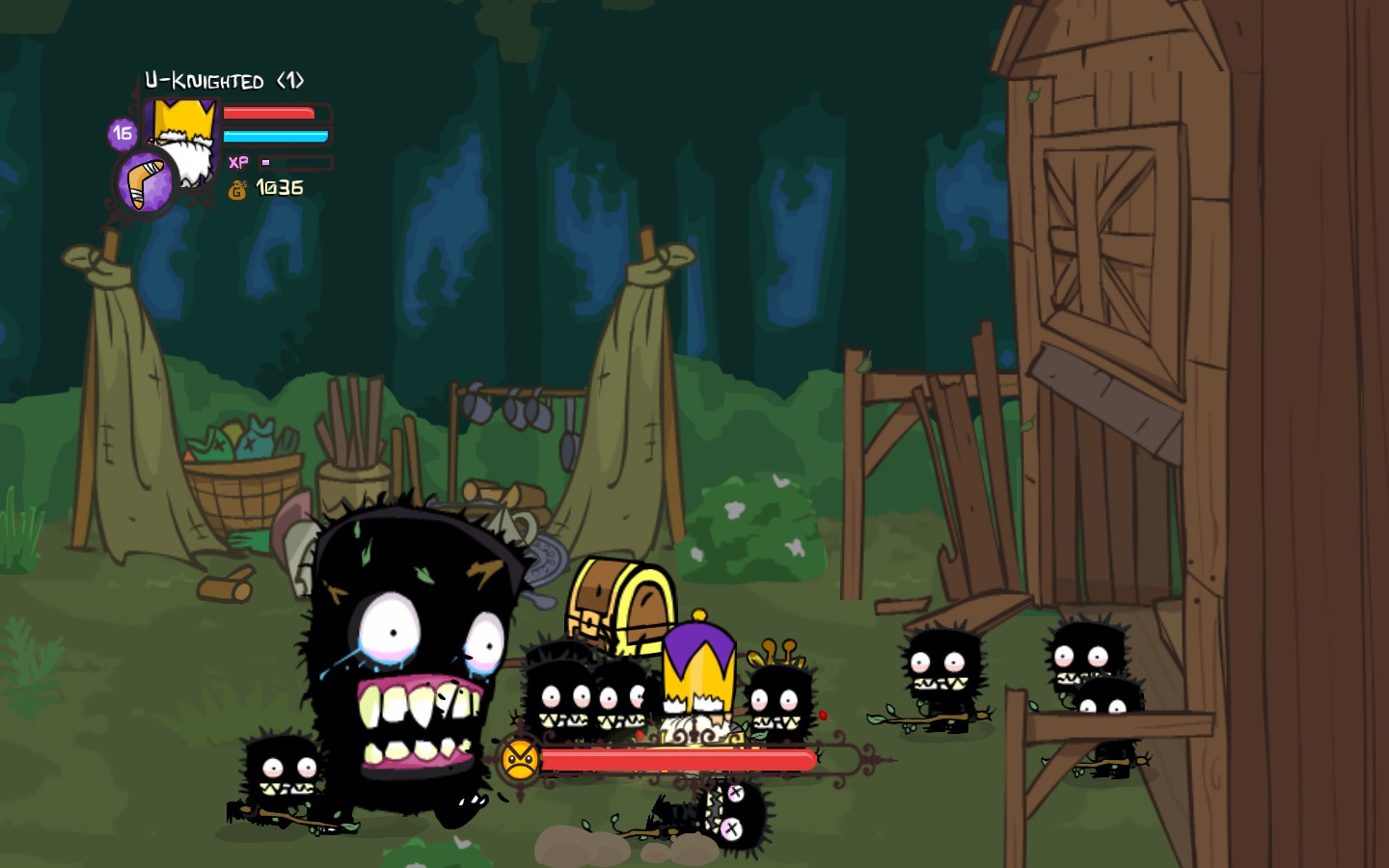 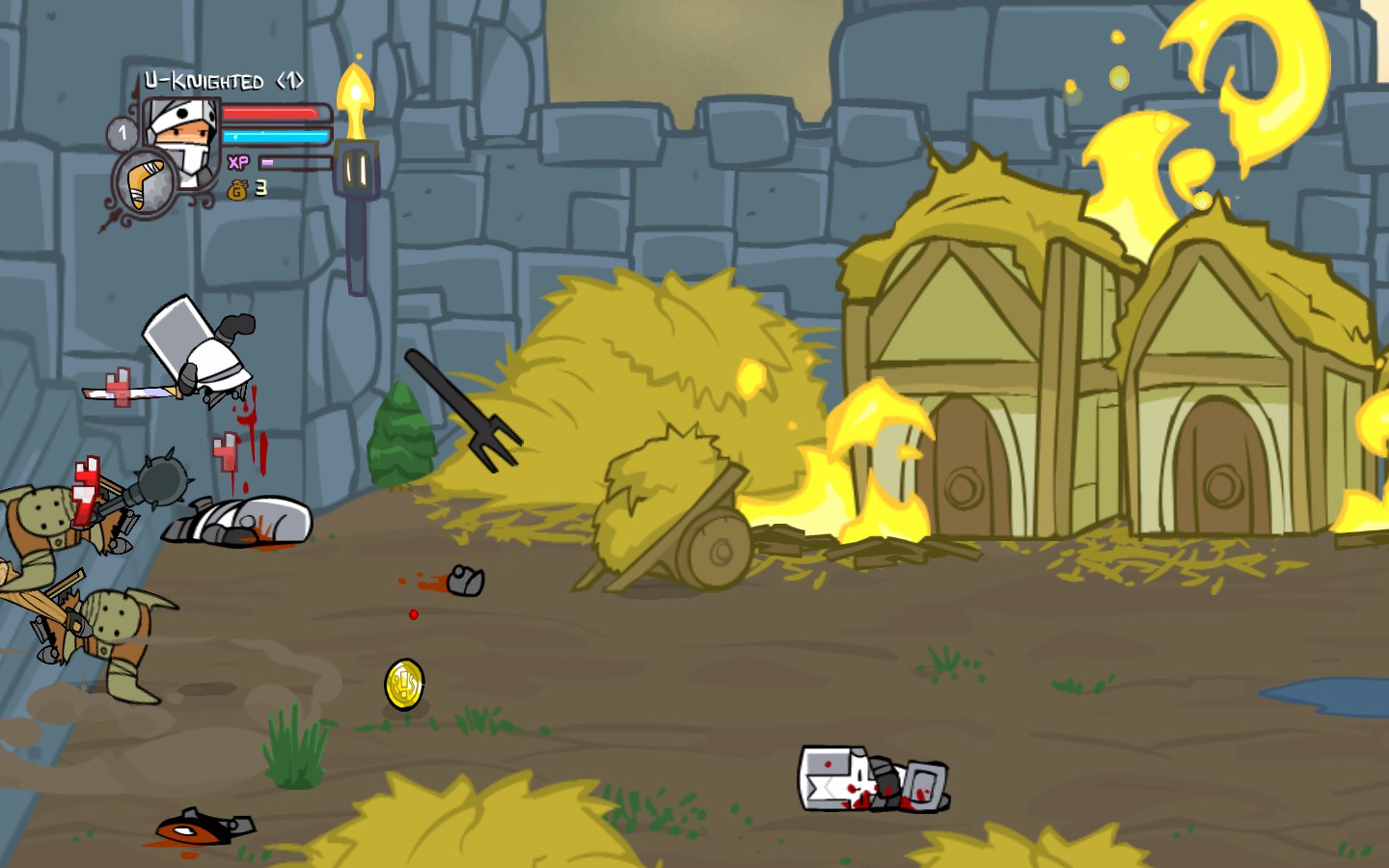 Tactic 3 – Juggling
Required:
Level 8+
How to:
Juggling (or “Carrying”) is simply the art of jumping up near an enemy and performing combos keeping your enemy enemy in the air, and stunning him so he can’t fight back.
Now here’s juggling in a nutshell: Just jump up and start swinging. No, really, that’s all it takes pretty much. My first juggling combo was “A, XXXX!” It didn’t work as well as others, but it was better then the alternitive, which was fighting on the ground, getting constantly damaged by enemies.
Here are a few combos. Note that A means Jump, X means quick attack, and Y means Strong attack.

Basic Juggle – A, XYY OR A XXYY

After you have performed the combo, repeat it again to keep your enemy in the air. And honestly, these are the most reliable ones, but what works for me best is jumping up and spamming X and Y.
EXTRA DETAILS: Juggling is a very helpful weapon you can pull out for insane mode. 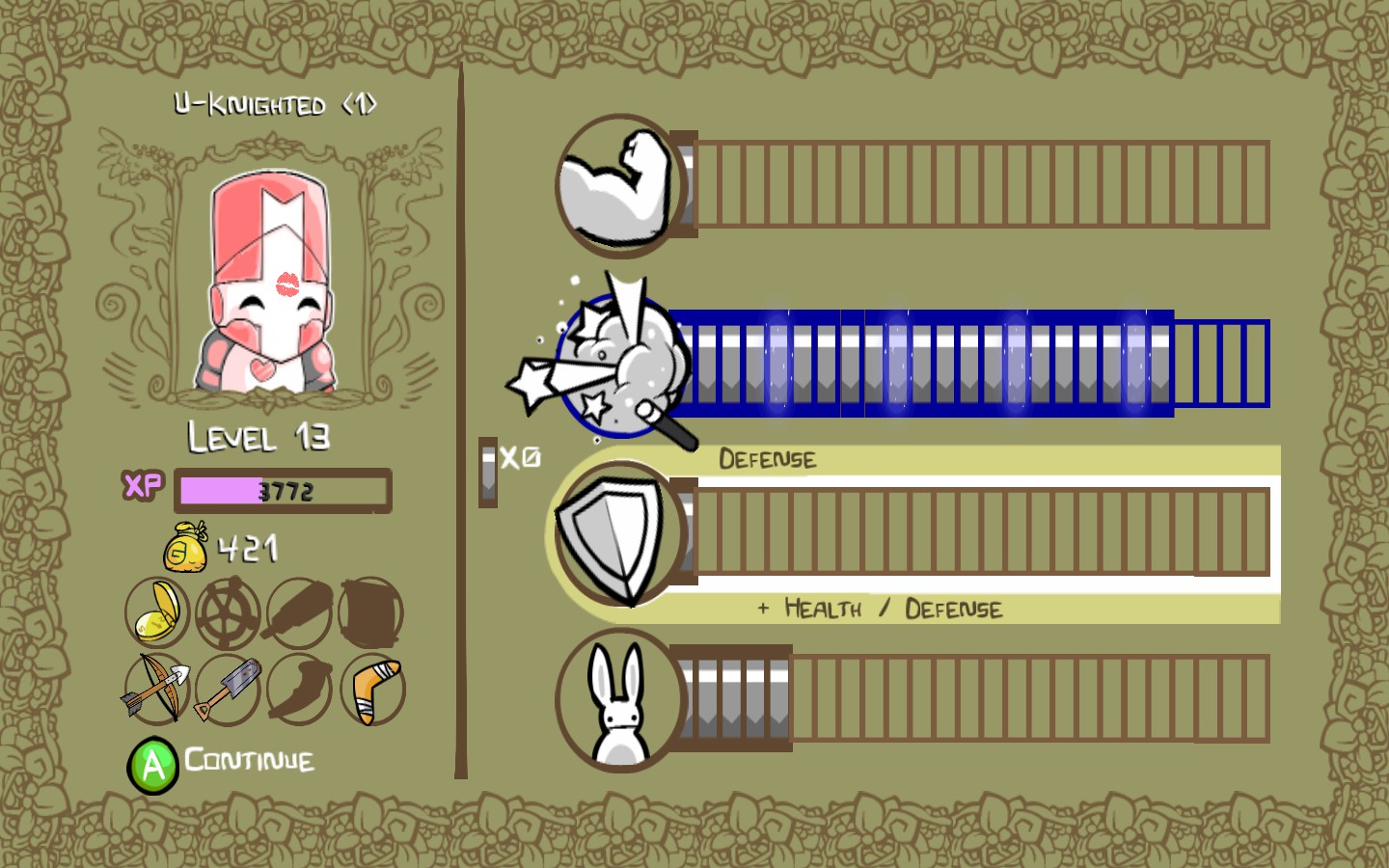 Tactic 4 – Screw Strength
Required:
No Strength
A weak Strength Weapon
How to:
NEVER LEVEL UP STRENGTH.
Since XP is determined by the number of hits you do, that means if you do less damage, you’ll have to hit an enemy more times before it’s dead. Which means more XP.
You can start leveling up strength once everything else is maxed.
EXTRA DETAILS: Sometimes enemies will take to long to kill to a point where a single level takes an hour. That means you’ll have to add a little bit of strength just to speed things along. 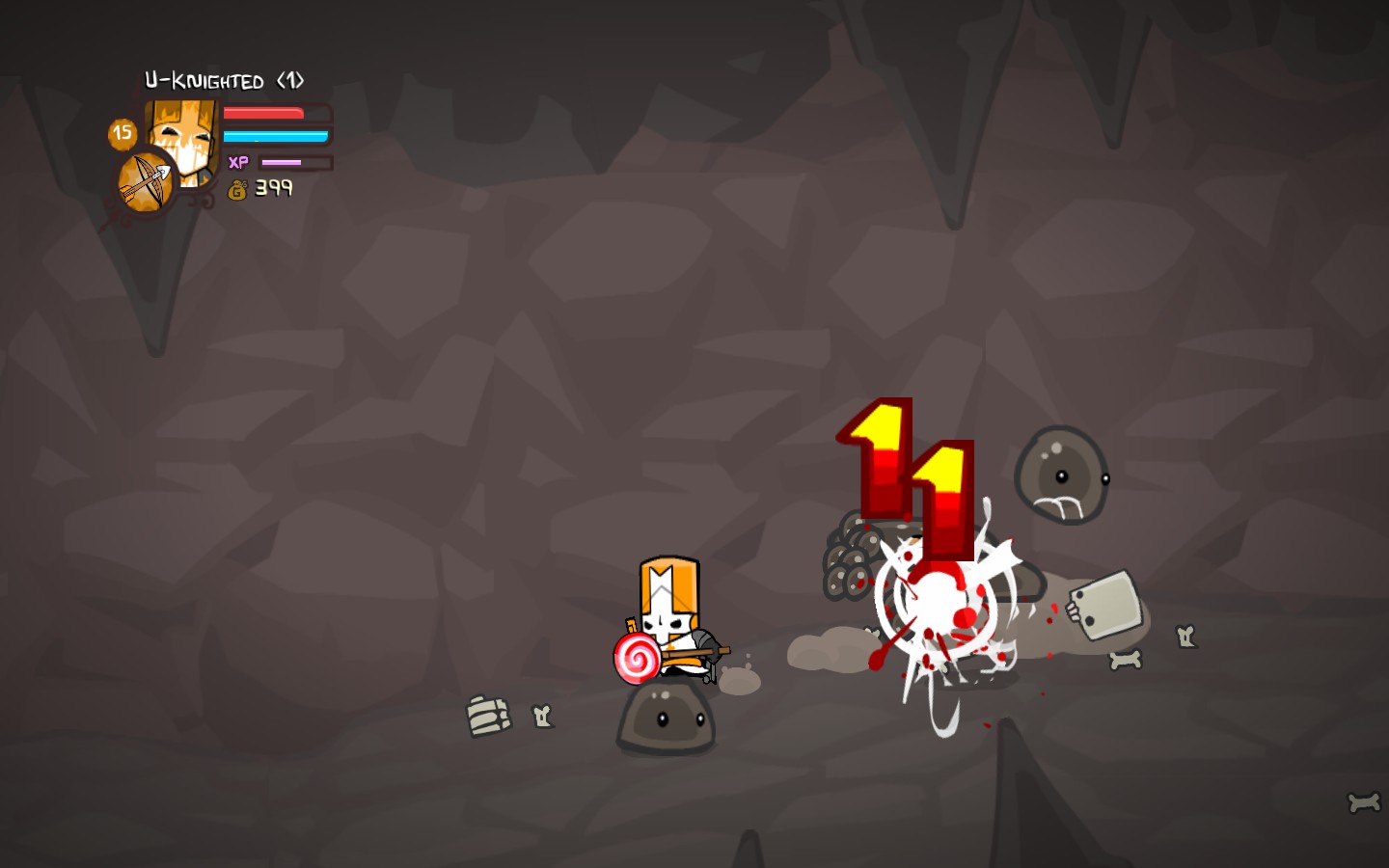 Tactic 5 – Slimey XP
Required:
Rammy
A weapon without a crit chance
Pipistrello’s Cave level unlocked
How to:
Take rammy (along with a weapon without a crit chance, as rammy can transfer that effect onto his attacks) into Pipistrello’s Cave but do not attack the slimes. Simply drag Rammy over them and he will start to damage them 1 hit point. You can do this until they die then attack the next wave of slimes. Instead of fighting the Pipistrello, the giant boss, simply exit to map and repeat.
EXTRA DETAILS: Normal mode is okay with levels below 20 or so but over that you’ll need to do insane mode. The thing about insane mode is that slimes do the same amount of damage, but with more health, making it easier. Remember, this is the slowest tactic out of all of them!

Here are some tactics that are inefficient, and despite what some people tell you do not work well.

Tactic 1 – Alien Destroyer
Required:
Alien Ship Level Unlocked
How to:
Go into the alien ship level and fight the aliens. (Try to only use quick attack.) There are lots of them so that means more XP… Right?
Why it’s bad:
Lots of enemies doesn’t mean more XP. The aliens are weaker then trolls and die in one hit which means you won’t be hitting them as much, which means less XP.

Tactic 2 – Quick Attack Only
Required:
You may have serious mental issues if you think something is required for this tactic.
How to:
Title says it all.
Why it’s bad:
Using only quick attack is awful. It prevents you from making combos, slows down the game, and is just boring. It doesn’t even work. You level up maybe 0.1% easier. But it’s better just to create combos like juggling and what not as appose to wasting your time spamming quick attack.

Here’s a video covering the tactics I talked about here (not including the Slimey XP tactic):
(According to someone in the comments, this video has loud music. You have been warned.)

Thank you all for reading my guide! I put a lot of effort in to these so a positive rating is much appreciated. Thank you. 🙂

If you need further help with castle crashers, then join my steam group, the Castle Crashers Army. It has lots of tools to help you with your quest!

Here’s a quick video on the Industrialist/Fencer, two knights that are great for the “XP Cats” Tactic.
https://www.youtube.com/watch?v=hsCIfR8BSjM