Do you want to learn the art of slicing, dicing and smashing everyone? This guide is for you!

Don’t you love mowing baddies with a hammer, slicing them with a sword, or anything else that you fancy that has to do with melee weapons? I know I do, and I have been practicing on Castle Crashers for a looong time. If you will, I will share my experience with you.
Ladies and gentlemen, brawlers, knights, fighters, I present to you the Crasher’s Ultimate Melee Guide!

Every good melee Crasher has a wide panel of moves. Only the essential ones are shown here. You will learn several new moves as you progress through experience levels. 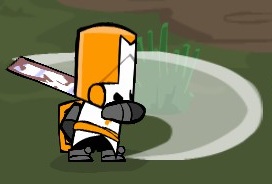 How to execute: X

The most basic attack. Can be repeated quickly as much as you want. Deals a normal amount of damage. 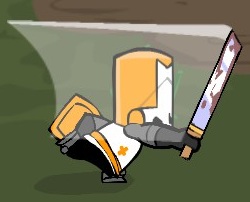 How to execute: Y

A heavier version of the basic slash. Deals a bit more damage than the basic slash but is slower and cannot be repeated. However, it is the weapon spin’s base. 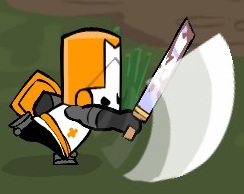 How to execute: Y, Y

The attack that follows the heavy slash. It deals a normal ammount of damage but strikes twice. 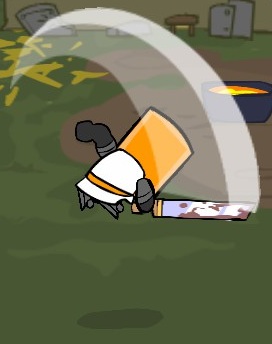 How to execute: A, Y

A heavy attack that follows a jump. This attack will throw your oponents in the air, so it is absolutely vital that you master this move (see the “technique” part). It deals the same amount of damage as the heavy slash. 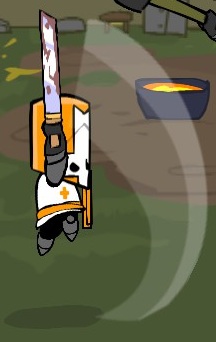 How to execute: X, Y

A good alternative to the hammer as it also throws your enemies in the air, except you don’t have to jump first.

Note: the buttons must be pushed quickly in order to execute the combo.

You will discover many other moves, but these are the ones you will use the most.

With mowing tiny baby cowards comes experience. With experience come skill points. And with skill points comes power. That is only if well spent! Here are some advices on your melee builds.

I personnaly suggest two different skill builds, though you should know that by level 79, you should have all your stats maxed out, so these are only for the first 20-30 levels.

Strong and unstoppable. Max out your strength and defence with strength being a priority (2 points more). This is good for new players.

Fast and deadly. Max out your strength and agility. This should only be used by experienced players. Use the IHA (see the Technique part) to stay away from your opponents’ attacks and inflict as many damage as possible. Strength should be a priority here as well.

Don’t forget to choose your weapon wisely: I recommend boosting the abilities that you don’t have any or few skill points in for the first 20-30 levels. However, by level 79, you should boost your main abilities, even if it has to reduce your other abilities.

Now, you have the moves and the skill builds. That’s good, but let’s get to the point of this guide, shall we?

In order to be a good melee Crasher, you have to master one particular technique. It is popularly called “Infinite Hovering Attack”, which can be done by multiple ways.

The IHA is performed by throwing your enemies in the air (with the hammer or uppercut), jump and then mash the X and Y buttons while moving your enemies around. There are more technical ways to perform it, such as sending them into the air, jumping and then repeatedly performing the combo X, X, X, X, Y (which will slash them a few times and then smash them on the ground so hard that they’ll go back in the air). It is more efficient as it truly lasts forever but is a bit more technical and new players might find it difficult to execute this combo in the fire of battle.

The IHA is the most powerful technique in the game, as it allows you to repeatedly attack your opponents without getting hurt, and even if the attack comes to end, you’ll have time to evade and prepare your next attack as your enemies are falling to the ground. It also works pretty well on bosses; they are for the most part bigger than you, so performing this attack on them will make them unable to attack you but keep you at reach for you to throw everything you have at them.

Here is a nice use of the IHA:

But the IHA isn’t the only thing you have to master to be a good melee Crasher. Sometimes, you won’t be able to send your enemies in the air (for example, it can be tricky in PvP). Then you will have to fight on the ground.
Battles in Castle Crashers can look like a real mess, but you have to learn to see your enemies in this mess to forecast and prevent their attacks. You can stop the regular ennemies’ attacks either with the shield or by attacking them. Note that only the shield is sure to work, and attacking bosses and tough guys will not prevent them from attacking.
You will also learn combos with levels that will help you out in ground battle.

Well, there you have it Crashers! I hope that this guide will help you save the day and, of course, have fun! Remember: Infinite Hovering Attack is the key!

If you have any questions, ask them in the comments below, and I will do my best to answer them. 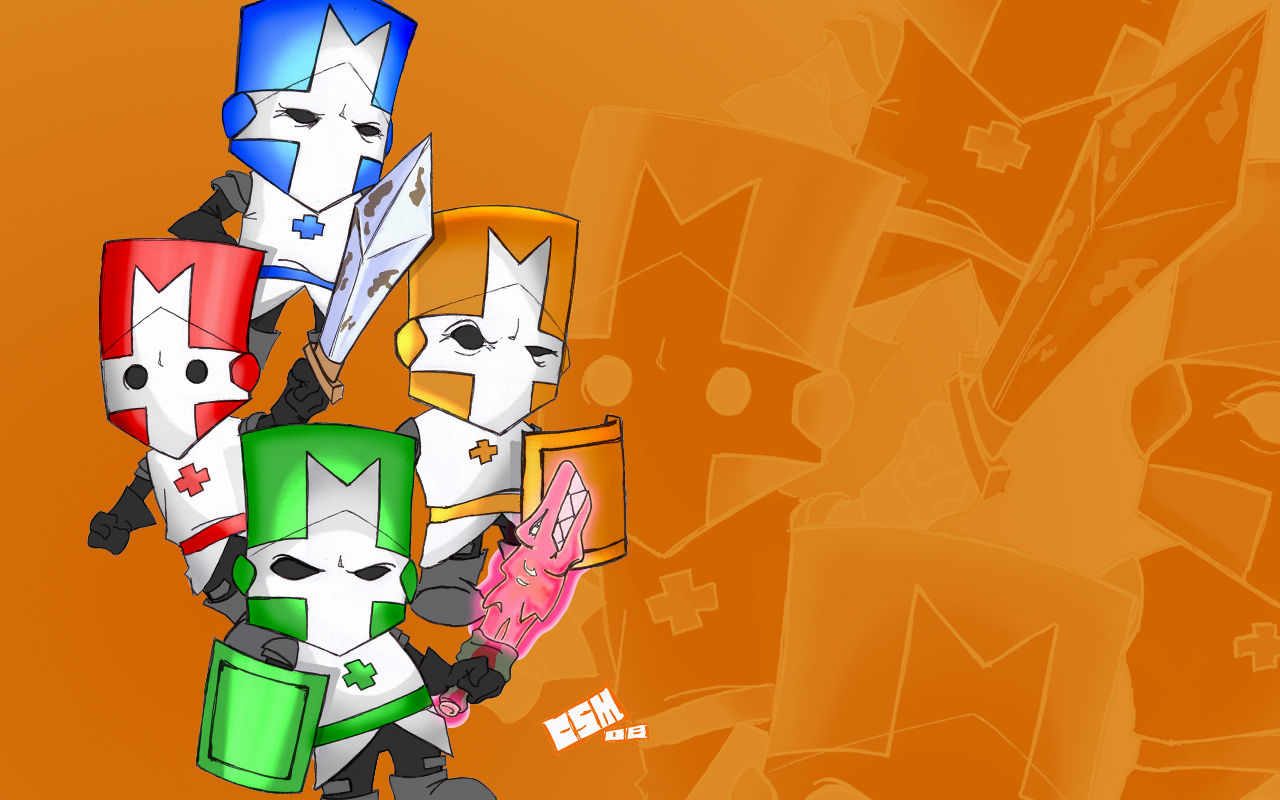