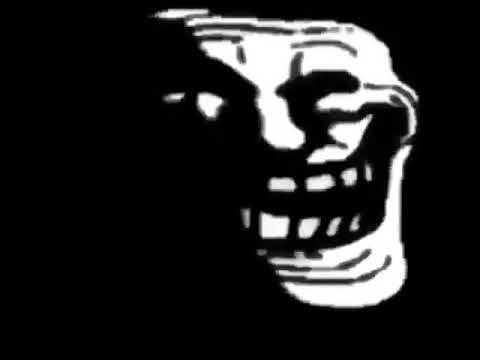 This is well the Lore of Muck, pretty simple.

The main story of the game is that a crew of people (or one guy if your forever alone) Show up on an island after finding it on a map. They end up crashing on the island and begin getting attacked by the monsters on the island, the crew gets knocked out and wake up finding themselves on an island full of monsters, huts and chests slowly becoming more powerful and discovering that the chests contain powerful abilities and that most of the chest have a magic lock only opened by capitalism.
After nightfall the crew discovers monsters come out at night, seeming to rise from the ground and after a while all the sudden Whoosh bang whingo some big guy comes out of the ground and so they kill Big Chunk or die trying and discover that inside of big chunk was 2 important things, a magical metal that the boss was made out of called Chunkium. This ore was extremely condensed and as powerful as Adamantium, Then the Ancient Core which is the battery of the monster. It converts magic into usable energy, They do stuff with it and then after a while they deal with another boss. The Guardian. The guardian is a powerful laser guy who when they kill him, they discover its powered by a Gem, though the Gem is impure and quickly shatters after the Guardian is killed, after that they begin to get curious and head back to the ship. After finding a map to the ship (Plot-hole count: 1) they find the ships chest ransacked and replaced by a single item, The Gem Map. This shows an image of the island and 5 gems, each colored Red, Green, Blue, Pink, And Yellow. After wandering to the location they discover a statue of the creature they fought a couple days ago, After trying to yoink the gem the Guardian awakens, colored to the color the gem was. They take care of the Guardian pretty fast and the Guardians gem is dropped, A very powerful gem stuffed with magic energy. After doing that 5 more times they finally fight Gronk, A giant goblin with swords, They quickly make work of Gronk and get the blade he wields a very powerful sword designed to kill a very powerful Beast (Wonder what that could be). After getting all the stuff to repair the ship they fix it and get ready to head of and OH MY GOD THERES A DRAGON! A DRAGON SHOWS UP AND by the time the dragon shows up they probably have like 6 sniper scopes and obliterate him. Anyway after this they arrive home bringing the spoils of their journey and the knowledge of the beasts roaming the island.

The main question this theory is gonna solve is who are the Goblins and whats up with all the man made stuff? My theory is that the Goblins and Wyverns are the result of a race wiped out by their creation, The Race of Sub-Humans build vast villages and harnessed the magic of the island to their advantage, Creating the Guardians and Golems to protect the village from the the Dragons (Theory Two just wait). The Guardians eventually were corrupted by some outside force they wiped out the Sub-Humans and turned them into Zombified Goblins, made to grow the army of the Guardians. Theres also evidence that the Sub-Humans mutated their body to turn into the Wyverns. The Gronk boss is probably a leader of a village of Sub-Humans wiped out by the Guardians. The only things left behind were the huts and scattered chests full of the magical treasure they made.

The thing this theory wants to solve is why do the Daves exist? and why do the Daves have elemental powers? and why does Bob the dragon show up? My Theory is that The Daves are an domesticated version of the Dragons that used to live on the island that inherited elemental powers. Why is this? Because the Daves share similar features to the dragons, Both are reptiles with tails and horns, The problem is that they are way smaller than the dragons and are way less developed then the only reference we have, Bob. This may be a case of Neoteny, Where the child does not reach the form of adulthood and continues evolves as what used to be a child. We can also see evidence of the two legs fusing into one by the large hips of the creature suggesting the 4 legs of the Dragon turned into 2. This might also explain why Gronk has such big swords, For shredding Dragons perhaps? This explains why the Daves have elemental powers and launch balls of the chosen element they inherited, The only problem with this is that is that the skin color is the same color as the element they are, Water Daves are blue, Fire Daves are red and Electric Daves are yellow, now if this was applied to the Dragons Bob would be red since he launches Fire-Balls but hes green.