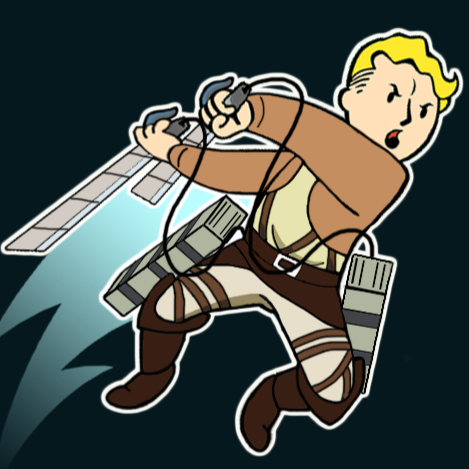 This build aims to describe the play style I have naturally adopted by trial & error which is essentially a pure damage per sec (DPS) build. That being said, this guide may not be the most practical, but out of all the builds I have seen, will yield the highest damage per second. Without a doubt.

Heavy handed
As the game progresses it can super-charge your melee damage, giving you an advantage to your DPS. If you could get a perk and item that give you an extra damage, that would surely be overpowered – right? However getting this trait just makes your critical damage unfair.

Skilled
Gain more skills but you will horribly gain xp.

Level 4 – Educated
Is a convenient way to compensate for your early-game needs.

Level 6 – Bloody mess
Boosting damage is often a priority – 5% damage might not seem a lot, but it can be important in bolstering your dps.

Level 8 – Toughness
A handy early level perk for protecting you against baddies. Obviously, as the game progresses this perk becomes more useful.

Level 12 – Fast metabolism
The extra healing from your stims will increase your sustainability and will enable you to last longer during fights.

Level 14 – Piercing strike
It permanently strips 15 DT away from enemies, making them more vulnerable to melee/unarmed damage. The exact effect is difficult to quantify it varies depending on how much DT the target currently has (ex Big MT robots, Legendary bloatfly). As in general rule, the less armour the target has, the more effective your melee damage will be.

Level 16 – Adamantium skeleton
Enemies keeps breaking your bones before you can get close to them? Look no further, adamantium skeleton is the perk you want. This gives you much-needed limb damage reduction, allowing you to trim down enemy limb damage as you directly engages them in fights.

Level 20 – Super slam
Greatly preferred on every melee build due to the much greater chance of knocking down baddies. Super slam does rely on having a reasonably good attack speed however, as otherwise it will not proc reliably.

Level 22 – Unstoppable force
There’s not an awful lot to say about this – it helps you inflict more damage against enemies that blocks you in close combat.

Level 24 – Stonewall
If you’re getting targeted by cyberdogs or deathclaws like for instance, make sure to pick this perk to prevent them from knocking you down. It also provides you with some extra DT (against melee baddies only) which is always welcomed

Level 26 – Slayer
Provides a sizable increase to your damage per second.

Level 32 – Silent running
Decreases an enemy’s chance of detecting you while you run in sneak mode.

Level 36 – Chem resistant
Chance of getting addicted is reduced.

Level 38 – Ninja
Ninja at a glance can seem sort of useless, like the only time it would be useful is on enemies that haven’t detected you yet. This means that you get the SAC bonus for every time you attack enemies in sneak mode.

Level 44 – Pyromaniac
Is a strong perk, as it might provide you with the extra DPS necessary to finish off an enemy.

Level 46 – Living anatomy
Boosts your damage and allows you to discern how much health the enemy has in numbers instead of health bars.

Level 50 – Aint like that now
Becomes substantially better since you are dishing out much more consistent DPS than before.

Elijah’s ramblings
Increases your critical damage and also to counteract the downside of the Heavy handed trait.

Cardiac arrest
Enhances your healing power, as well as strengthening your poison resistance.

Coin operator
Due to how efficient the coin operator is gold-wise, it is a good idea, you can now craft sierra madre chips, to redeem items as many as you can from the vending machine.

Chance’s knife is a strong melee weapon nevertheless, but it won’t be of great use at early levels since it degrades quite a lot of durability, it doesn’t deal that much damage and it requires proper perks anyway for it to be effective. It’s damage benefits from both Cowboy and Grunt perks. In later game this can reach the point where you can hardly hit anything, while you deal out a lot of punishment.

If baddies are looking tough and gives you hard time sooner or later, grab Gehenna / Shishkebab as your big DPS weapons. The damage that it provides is certainly great plus the burn damage helps a lot to kill fast. Gehenna is great, don’t get me wrong but Gehenna is really expensive and don’t really do that much for us in the early stages of the game like for example Shishkebab would do. Therefore we buy it later when we need to replace shishkebab which should always be in our inventory at any given time before we get Gehenna.

Blood nap is pretty good, it makes for fairly easy killing, and a good alternative of Chance’s knife since blood nap does quite a bit more damage than chance knife, but it gets outclassed as game goes on.

Remnants power armour
Get these things, if you need more Durability.

Marked beast face helmet – Armor of the 87th tribe
Tanks you up quite significantly and giving you more crit hit chance.

Scorched sierra power armour – Atomic-valence tri-radii-oscillator
The HP regen is constant and therefore will restore you to full health slowly.

Battle brew – MedX – Slasher
These items generally suits tanky or squishy players who want to soak up heavy damage. It greatly improves your survivability, so is very useful against baddies that packs a lot of damage.

Bleak venom – Cloud kiss(lethal)
Leaves a damage over time effect after a single hit, which while pretty insignificant in itself, can cause really problems for enemies with layered protection like deathclaws or power armoured enemies.

Turbo
If the situation becomes too dire you always have the turbo drug to escape or finish off group of baddies.

Buffout – Sierra madre martini
These nice items has everything you wishes for in terms of stats and benefits. You get a sizable amount of hp, good amount of endurance and a nice amount of strength.

Weapon repair kit
For repairing your equipments before it breaks/becomes useless.

If there is anything you feel must be added to this guide, then by all means tell me somehow and I will keep this updated.