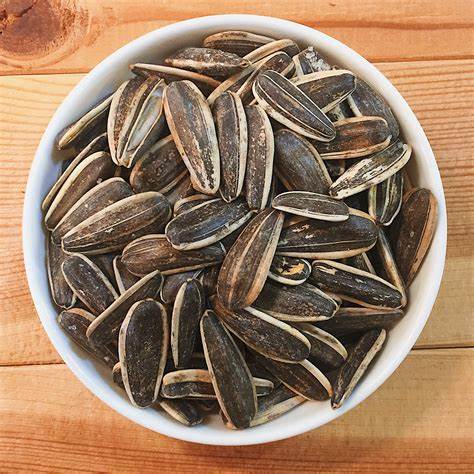 Seeds for those who are looking for a fast way to late game. Consists of old seeds and newer seeds.

Only gonna list the seeds I feel are good for an overpowered or near overpowered start. When I say start it doesn’t only mean from the start as you’ll basically be able to steamroll your enemies throughout the whole game.

I’m also listing based on what I’ve experienced and how I personally play the game.

I’m not going to remove old seeds because I feel that without them the game wouldn’t have been what it was without them. Keeping them for the nostalgia y’know what I mean? 🙂

The first updated seed after update 3 is 221294511. You get dragon blade in a cave on Day 1. What more is there to say? (Haven’t played map yet. Will update further soon)

The first seed I tried is poopoo. You’ll find a smith’s hut north-east of your direct spawn. Just look to your right basically.

Tool-wise: Starts with Steel pickaxe and sword, and a Mythril axe.

Resource-wise: You’ll find coins, gold bars, iron bars, coal and wood in the 2 chests with an anvil right next to the hut.

Map-wise:
Nearby the hut there is plenty of trees (Normal, Birch, Fir and Dark Oak wood is nearby, Oak wood is found right-side of the entrance of the hut in the distance) and plenty of stone nodes.

There are plenty of chests nearby with 2 gold chests directly in front of the hut. There are 3 battle pillars behind the hut and more around the area.

If you keep moving straight forward from the hut entrance you’ll find 2 carts which give nothing useful, some even being empty, but follow them as a trail and you’ll find plenty more adamantite nodes and even more nearby resources of gold, iron and mythril nodes.

Map is red in colour and has the nearby lakes being a good landmark to find the hut through the carts or just the general location. There is a big empty space also near the hut so you can build a house or something if you want.

That is the basics of the seed, poopoo, the rest of the map is up to you if you want to continue playing on the seed.

The second seed I tried is sh*itsaladsandwich where you switch the asterisk(*) with (i). I’m not gonna say much about this seed as it’s been pretty famous and explained by other guides already.

Personally speaking I do not recommend this seed as resource-wise it’s not really rich compared to the likes of poopoo or the upcoming seed. Even in co-op or when your playing multiplayer with others the nearby resources will not be able to fit all of your needs and need to travel to acquire them. The start is ok though but you’ll need to grind through travelling further around the map to progress through the game.

Not elaborating as this seed is just overrated in my opinion when it is called a very good seed. If you have a different opinion about it I’m sorry! If you enjoy it you don’t have to listen to me.

The last and my favourite seed is 689132638. You’ll find a smith’s hut to the west of your direct spawn or basically your left but it’s in the distance.

Just to note: The way I played this seed was to focus on the really early game advantage and try to find all the gronk and big chunk pillars at the start and defeat them to basically steamroll through the rest of the game really easily.

Tool-wise: You only start with a mythril sword but that is the blessing of this seed. You get a ton of firepower at the start which allows you to defeat most foes with the upmost of ease. Use this to your advantage.

Resource-wise: In the first hut you’ll find coins, gold bars, iron bars and coal in the 2 chests with an anvil right next to the hut.

Also nearby on a hill you should see another shed where this time it is a jack’s hut and you’ll find coins, normal, birch and fir wood, bread, apples and wood floors with a workbench right next to the shed.

Map-wise:
Nearby the hut you’ll find plenty of trees (normal, birch, fir, oak and dark oak are all nearby so it should be easy to gather the wood you need with ease) and plenty of stone nodes.

There are A LOT of gold nodes directly behind the hut and is pretty hard to miss, 4 mythril nodes and 1 adamantite nodes behind the hut as well and 1 adamantite node near the revive pillar to your right. Do take note coal is a little scarce around the area with only a few nodes nearby.
(Farm chunkium or mythril chests during early game to maximise the gold from the nodes to make coins and get a ton of gold chests as their price inflates pretty extensively as days go past.)

The carts are trash as usual but you can check them out for unneeded disappointment.

The map is autumn themed with the grass being a dark yellow. The main hut(smith’s) can be located easliy through the map as it is in the middle of the triangle made between the 3 closest bodies of water nearby. After clearing the gold nodes you’ll have a really big space to play with so you do whatever you want with it or nothing at all.

I’m not elaborating so thoroughly as it doesn’t matter how many days go by as long as you defeat all the boss pillars in the first few days you’ll be able to control the pace of the game as the creatures will pose no threat after tasting your wrath.

So those are the basics of my favourite and most suggested seed to use for solo or beginning players, 689132638, the rest of the map is up to you if you want to continue playing on this seed.

Another great seed I thought I’d give a try is oozingnips. It has been recommended quite some times in the comments and I finally got off my lazy bum to actually try it out for real this time! When you spawn you will find your first hut right in front of you in the distance, it should be relatively easy to spot.

Tool-wise: Starts with a Mythril axe. (Doesn’t seem like much but continue reading.)

Resource-wise: In the first hut you’ll find gold, steel, mythril, coal, wood and a steel helmet and chestplate with an anvil right next to the hut. (Now with the Mythril you have you should be able to craft at least a pickaxe or a sword after cutting down trees for normal wood to craft bark and fir wood.)

Also nearby there is a Chef’s hut being “guarded” by stone golems (I suggest you craft any sort of pickaxe first to get rid of them) where you will find wheat, apples, coal, bowl(s) and raw meat with a cauldron right next to it. (If you want to stay away from the stone golems take the loot and break the cauldron to bring back with you to the first hut.)

Map-wise:
The sheer amount of trees nearby the first hut is tremendous, almost being able to find an abundance of all types of wood (normal, birch, oak and dark oak wood) with ease except for fir wood which is not really abundant, needing you to travel straight from the entrance of the hut or beyond the hill behind your hut to find your first fir tree. The amount of stone nodes in your direct vicinity is not abundant but behind your hut over the hill stone nodes are plenty.

There is an abundance of chests in the whole area with 5 gold chests behind your hut and 5 blue chests around the area behind the hill. Battle pillars are kinda scarce with those I know being behind the hill as well. There is a big chunk pillar however in the open area in front of the nest of adamantite nodes and for some reason a lot of revive pillars in the area?

Once again the carts nearby provide nothing but plenty of disappointment, nothing new to you. (This is not an insult I’m totally talking about the carts)

The map is green in colour, y’know, the normal colour of grass. The huts are nearby a body of water which can be used as a solid landmark. The land behind the hill is plentiful if you want to build a base of some sort or a stairway to heaven. Up to you.

Those are the basics of yet another great seed, oozingnips. The rest of the island is up to you to explore should you choose to stay with the seed.

If your wondering how far I went with the seed here is a screenshot! 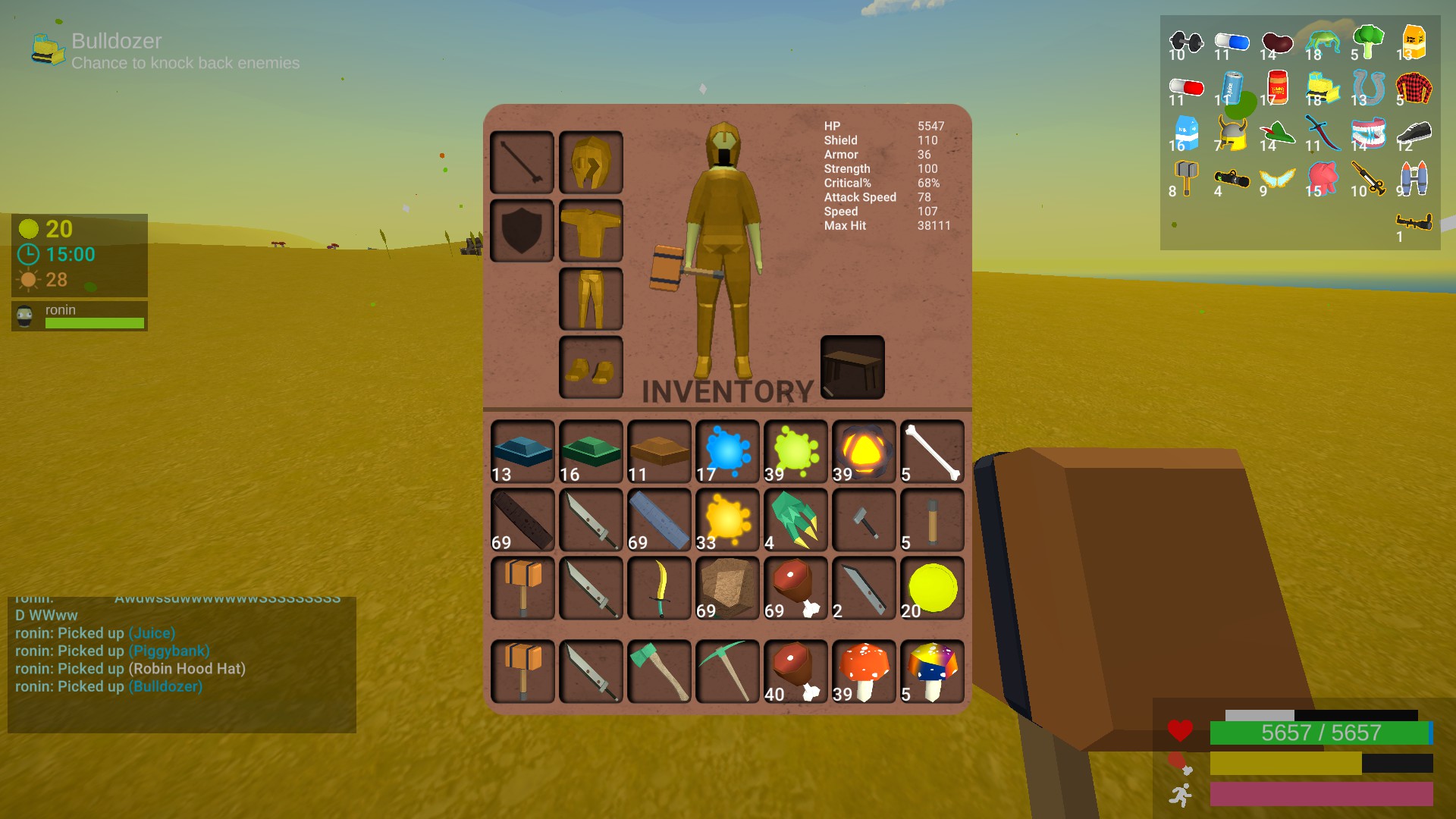 Remember I was focused on offense so collecting resource-wise I didn’t really care, but I managed to get all the chunkium gear and even 2 chunkium hammers, 3 gronk swords and 1 wyvern dagger with a couple of relics I would call them. I only stopped as it was too late into the night after playing and experimenting for 10 hours straight and my pc was gonna die, literally, so sad I had to end my run.

I hope all of you the best in your journey through Muck!!!

My best run with poopoo! 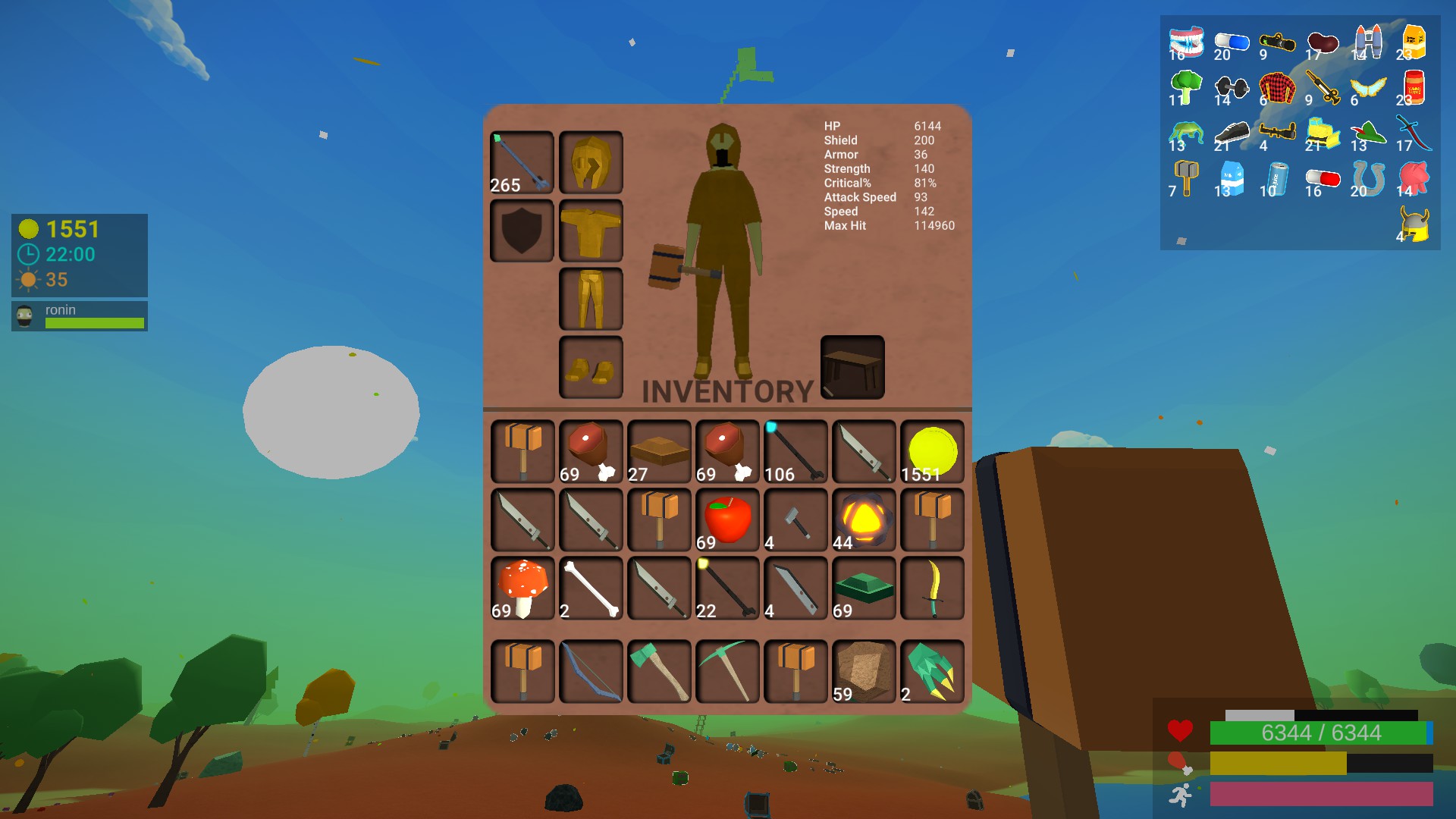 Once again computer was gonna die so sadly had to end it there, if you see my buffs I got I was basically a god at that point. Please don’t mind my backpack arrangement the top of my base on the workbench tower broke and all my loot scattered, only found some of them. Dayum this game is so unforgiving.

So the newer seeds I shared today are,

The old 4 seeds I shared are,

I hope this guide came in useful to those who needed a thorough enough explanation of certain seeds that could help them in the game Muck.

Thank you for reading my guide and please do rate and leave a comment if possible.