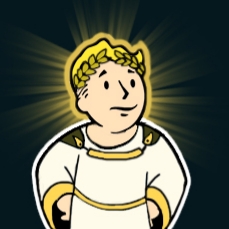 This is the build I prefer when I play a zero kill run. I’m not sure whether that makes you more or less likely try it, but there ya go.

Good natured
Is a handy trait for this build, that reduces your offensive skills whilst raising non-offensive skills, potentially reducing your damage down to almost nothing.

Built to destroy
It’s well worth considering getting this as a source for your crit chance.

Level 4 – Comprehension
Doubles the effect of skill magazines and skill books when reading. This perk is best when using the True police stories to make it remarkably useful and strong!

Level 8 – Toughness
Typical grab, good survivability perk while you dont have much DT.

Level 12 – Radchild
Having this early is intended to keep you beefed up early on, and allow you to survive with less trips looking for healing items.

Level 14 – Fast metabolism
For similar reasons, the fast metabolism is an amazing perk too. While it might not give you the regen and sustain the Radchild does, it makes up for it with more healing from stims.

Level 16 – Silent running
Crouching while running decreases your chance of being detected and allowing you to traverse the area safely while avoiding enemies, enabling you to surprise them and ambush them with your sneak attacks.

Level 20 – Animal friend
If you had a hard time facing nightstalkers in the Old World Blues DLC, then pick this perk.

Level 22 – Retention
The bonus duration of skill magazines are really awesome since you have more time to round out your skills.

Level 24 – Solar powered
2 strength is a lot, but at this stage you should have enough strength from items such as beer, wine, whiskey etc. The HP regeneration, on the other hand, synergies well with the Radchild perk and allows you to stay in fights longer and find healing items less.

Level 26 – Chemist
Doubles the duration of your chems, skill magazines, and stealth boys.

Level 28 – Pack rat
To save some inventory space.

Level 30 – Implant GRX
As a rule-of-thumb, you should get this perk, if you feel an immediate need to escape or help your companions.

Level 32 – Lesson learned
This will heavily speed up your experience gain. You may consider getting the second rank of the Implant GRX perk replacing Lesson learned but only if you think its needed but not recommended because Lesson learned is working well with this build and it’s good for leveling up fast.

Level 34 – Long haul
Normally I don’t get long haul unless I put strength as a dump stat because you’ll get really encumbered until there is no tomorrow. This perk is useful due to some urgent need of fast travelling while encumbered.

Level 36 – Home on the range
Campfires can save your ass more times you can count.

Level 38 – Roughin it
I dare to say, this is one of the best perks in the game… but only outside of combat. It simply works wonders; it fully restores your health and limbs when resting and the temporary bonus xp it gives will usually be of more use, allowing you to level quickly.

Level 40 – Light touch
A strong perk for you, as your crit chance is already high enough, and I prefer very much to disable enemies quickly in combat, so the crit chance increase is a welcome. And the decreased crit chance to your enemies is a nice cherry on top too.

Level 48 – Voracious reader
Craft more skill magazine. What more could you wish for?

Level 50 – Thought you died
Though you’re going for a good karma playstyle. This gives you a nice increase in damage, but the reason to get this is for the bonus hp.

Heartless
Effective against a harem of cazadores.

Spineless
Often you may find yourself getting interrupted when an enemy attacks your broken torso. The perk prevents your torso from receiving damage, basically you are immune to limb damage for your torso part only.

Boxing Glove, Golden Boxing Glove, Cattle prod
The damage aren’t great, but you need to shut down your enemies.

Compliance Regulator
This is your main weapon. It has quite a hefty ammo cost at the beginning of the game so use it sparingly, once you get lots of ammo you can use it more readily. While using this, don’t focus on one target, but attack as many as you can to give out the love of the paralysis effect to help your companions kill them because the enemy cant retaliate back. Other uses of the Compliance regulator is to stretch the survivability of your companions who are fighting off a heavy crowd, by scoring a critical hit of an enemy with the highest damage.

Sonic-Emitter Tarantula
Outside of being a slow firing weapon, it’s crit effect is scary because it can instantly kill anything. But guess what? the insta-kill effect will NOT count as your kill (much like saying “Hey, I burned down your house but dont go pointing at me”), making it relevant at almost any point in the game and arguably stronger as the game go later.

Buffout – Sierra madre martini
Is great because of all the stats it gives and the additional raw hp.

Stealth boy
Main use of this item is for your survival and for the sneak attacks: pop behind an enemy with the sonic emitter tarantula to insta-kill.

Battle brew – Medx – Slasher
You are bound to be more squishy later. Take this to help you survive. If there are heavy enemies then this is a must.

Bedroll kit
And just a tip, if you ever need a lot of health back, use the bedroll kit to get a fully restored HP.

Your job is to avoid killing and for that you can count on your trusty companions to do the dirty work for you because early game combat are always the most havoc’iest ones during the game, and if you dont keep track of what’s going on, you could easily lose out.

Lily
Thanks to her Stealth girl perk, your stealth boys will last longer. Lily is able to bully from a distance enabling her to do as much damage as possible with a low risk of getting killed.

Veronica
Veronica is excellent at dealing high amount of damage. Her aggro range is somewhat unreliable. While she may not be able to kill an enemy from a high hp and full DT, she can still deal a sizable portion of their health in a single punch. Also she can make a good use of basically any energy weapons in the game.

Rex
Rex is a very aggressive companion that can deal high DPS, disable enemies and tank up later on. Since all of Rex’s power comes from his brain implant, make sure to pick the best brain for him.

The Legion
The main reason siding with the legion bois is for the good ol steady supply of stealth boys.

Thank you for reading this guide and i hope you find it helpful, if you find anything i missed or you want added, or even if you have any questions, feel free to comment.