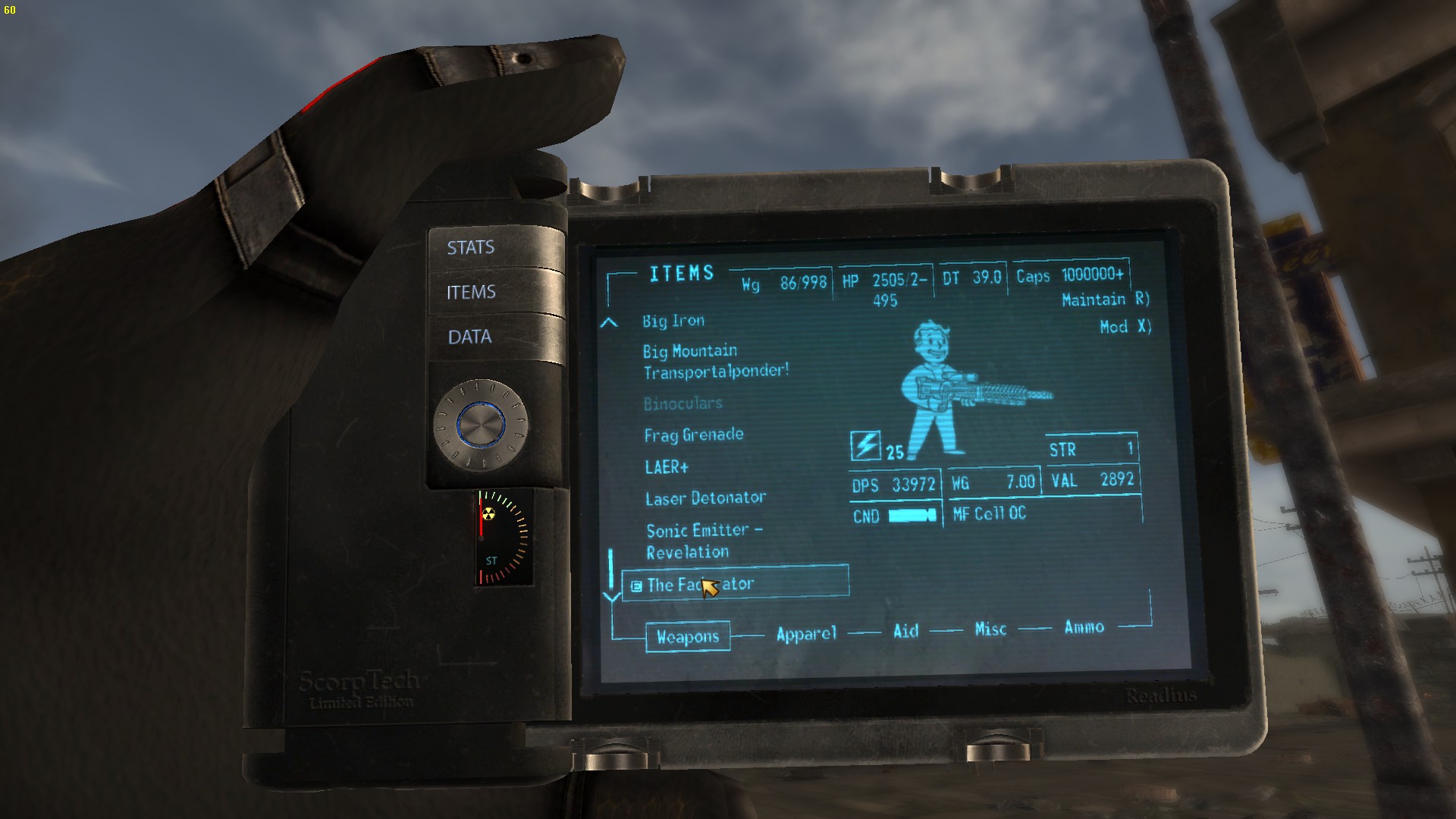 Better than the Debug Megapistol

The Faderator is a Gauss Rifle that has a magazine cap of 255 MF Breeder charge and regenerates the ammo, I believe, at twice the fire rate of the gun, creating a pseudo infinite ammo effect. It can also load normal microfusion cell ammo variants, while still keeping the MF Breeder effect. Humorously, it has a 2.7sec reload time, which is invalidated because of the stupid fast ammo regeneration. It deals 120 Damage per shot(variable based on perks and Energy Weapons skill). I haven’t been able to find the gun in the G.E.C.K., mostly because I’m too lazy to actually open it. The gun is available from all 4 campaign DLCs and is only available via console or by the Item Browser mod found here: [link]
The item code’s first two characters will vary based on what DLC you load it from. Mind you these codes are based on the default load order(FalloutNV.esm followed by the Official DLC packs in order by release date)
The item code is xx000800 with “xx” being replaced by whatever load order index number corresponds to the DLC you want to use.
Dead Money: 01
Honest Hearts: 02
Old World Blues: 03
Lonesome Road: 04
Gun Runners Arsenal: 05
It can also be accessed by going to a Developer Test Cell using the code “coc testmentats”.
One mod that goes well with this and the “tgm” console code is the More Perks mod on the New Vegas Nexus site. In the Old World Blues plugin for the More Perks mod, there is a perk that gives a chance for the Toaster to give you a unique energy ammo type called the “Heating Coil of Doom” that deals tremendous damage and causes a nuclear explosion at the shot location. Combined with a gun that uses that ammo and has an infinite ammo effect means you have an endless death ray.