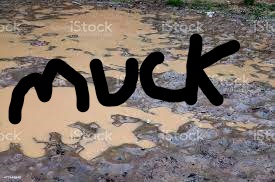 After defeating Big Chunk, I feel worthy to create a guide to surviving and thriving pre-chunky boi, and maybe adding post once I get further in.

So on day 0, the tutorial’s teachings will be a good start. I personally grab a rock and smash 4 trees at least before doing anything else. then I craft a bench, 2 bark, and then the 2 tools. after mining (I’ll add a range of rocks to mine here after I do more research) rocks and collecting coal (you can get coal from mining rocks, so if you can’t find coal, mine some extra rocks) I start hunting for iron. (By any point –and it likely will– night occurs, mine all of your gear by 23:00 and refer to night 1 below).

Mushrooms are OP. Red heals for (an amount I don’t remember), yellow works to fill food, purple increases stamina, and the multicolored gives less of all aforementioned stats. I thought they were useless at first since stamina regenerates on its own, but purple mushrooms are great for movement.

at night, enemies will spawn. these enemies will consist of (and these are my given names, not official) dinos, small but quick creatures with low health, they drop (some range) gold. they attack by biting. Goblins are bone-wielding green humanoids with more health than dino’s, but less than some other creatures. they drop (range) gold and wood or gold. they attack by throwing ranged bones at the player. Rock Golems are rock-like creatures that are taller than the player but a lot slower. they have a lot more health and drop more gold than both of the others. they attack by throwing boulders at the player, which can deal half health, making them very dangerous when in pairs or more. As far as I am aware, they do not spawn naturally during the first night. The best fighting technique I have found is to swing and hit the enemy and immediately jump above and away from the enemy, tracking them and hitting them when you land, jumping again. it takes a bit to get used to, but the payoff is worth it. use food and red mushrooms to heal and fight off the enemies until 11:00, when the next day starts.

So after collecting at least 20 iron and around 5-10 coal to smelt, make a furnace. after five iron, make an anvil and use the rest of the iron along with more bark and (I think, I’ll get solid numbers when I finish this guide) 25 birch wood, create an iron sword, pickaxe, and ax.

Again this isn’t finished and this is all I feel like doing tonight ;).

chests can hold powerups that will help you along your way greatly. green chests hold items and have no fee. black chests are the lowest grade powerup chest with no fee and low-level powerups. grey costs 25 coins, blue 100, and orange 250. money is gained by killing enemies and you can craft it by using gold ingots. houses can hold 1-2 green chests and 1-4 in carts.