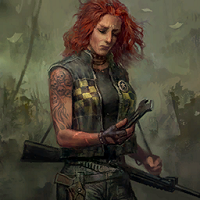 In this guide i will tell you little tips and tricks to make things faster, easier, and just generally useful information. If you feel something should be added comment about it.

Come Fly With Me/They Went-That-a-Way – When talking to Manny Vargas he will ask for help before he gives you the info you need. There are plenty of ways to avoid actually doing the quest and still getting the info you need. The first way is to go into his room and read his terminal entry named “Khan Hospitality” which states that they are headed for Boulder City . The second way is pickpocketing Manny for his holotape with the same info as his terminal. The third way is if you have the confirmed bachelor perk (as a male) you have a dialogue option where he will tell you the info.

To open up the console use the tilde key (~) right below the escape key.

If there is an (X) after an ID it means whatever number you type is the amount it will give you.

If you want to be able to wear power armor but don’t want to have to work for it then type this in the console – player.addperk 00058fdf

If you want infinite caps then in your console type – player.additem f (X)

If you want infinite lockpicks then in your console type – player.additem a (X)

There is a trick that speedrunners use called reload dashing that will send you character flying in certain directions. Basically get any weapon with a one bullet at a time reload animation (recommended .357 magnum revolver) and get two types of ammo. Once that’s done hold whatever key for what direction you want to go, press 2 twice and open your pip-boy right when the animation starts, and unequip the weapon, and finally close the pip-boy and whatever direction key you were holding down the whole time is the direction you will go in.

You can hotkey weapons by holding down the number key you want the weapon to be in when your in your weapons in the pip-boy then click on the weapon so when you press that number key outside of your pip-boy it will equip that weapon.

1. Sneak crits are op so get a silenced gun. Silencer for varmint rifle or 9mm pistol is probably the first you can get; they appear in shops randomly. If you use a silenced weapon unseen, you can even kill friendly npcs without angering others or losing rep with the faction.

2. If you don’t mind the inconsistencies in story, do the DLCs in reverse order. As you can back from LR any time, you can get some good loot from there without facing any of the challenges. OWB gives you probably the best player housing and since you cannot bring gear to DM, you must rely on the stats on your character.

3. I’d nominate Them’s Good Eating for the most powerful perk in the game. The items you gain are some of the most potent healing items, they sell for a ton of caps and drop from almost all enemies. Second might be Juryrigging. You can get tons of caps by fixing low condition but high-grade stuff with cheap garbage and you can keep all your expensive gear in top condition no problem.

4. Scratch that, Implant-GRX is also very good. In general, experiment with turbo. The effect not only allows you to react to situations better, since it slows the world but not you, you effectively gain 3x firerate and movement speed.

5. If you go for Hardcore mode, take a look at the packrat-perk. Since it makes (almost) all your ammo and aid-items weigh half, it can be really useful.

6. It is important to keep your diet diverse. If you use healing items that give the health over time in combat, you want to use as many different items as possible. Lets say you eat 10 packs of junk food (as you do) with their HP +3(5s) of healing, the time stacks, making it take almost a minute to receive all of the health. If you instead eat 10 different items with similar healing, you get the same amount in 5 seconds.