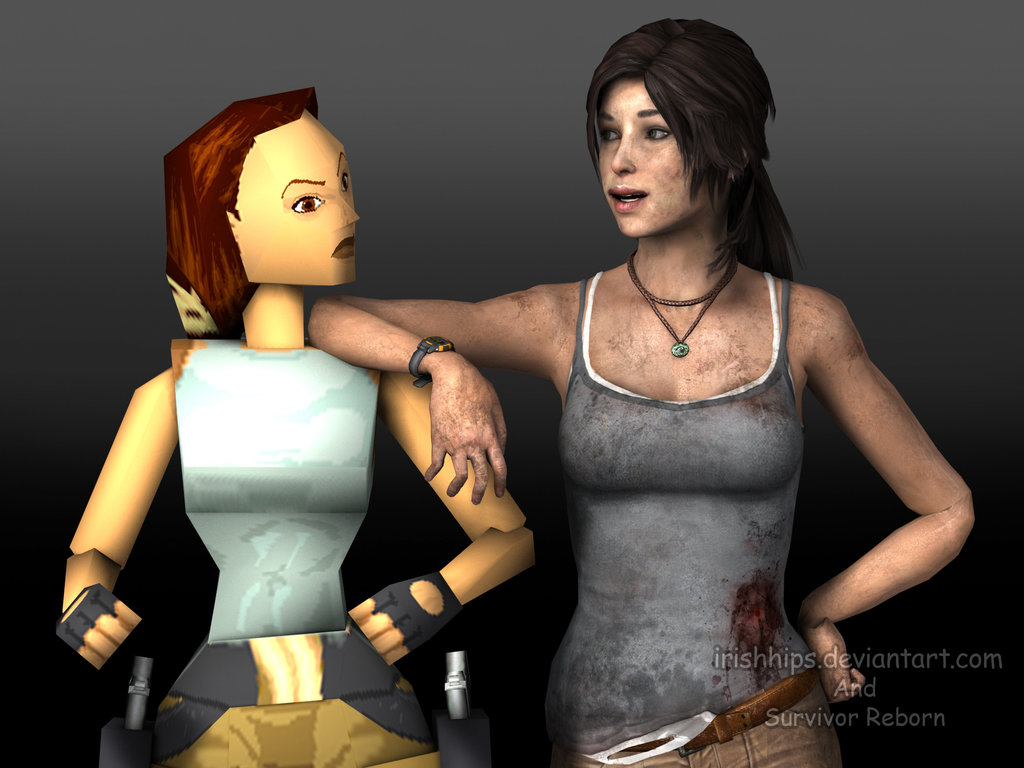 What you can find in this Guide?- Find some answers for some questions like~ How you can go up there?~ Is it worth to buy the Game?~ Why someone is using DLC Weapons and how they feel?~ How to Reanimate a Survivor in Rescue-Mode?~ Which Bugs/Glitches gives it?~ It gives Legal ways to increase Meele Atk.Speed and Pistol Firerate?Everything what is sayin in this Thread, is based on my Experience in the Multiplayer Part of the Game. Sure some of the Tips which are showin here are not the fine english way, but yes, inside of the Multiplayer still running Kids with ♥♥♥♥♥♥ Meelerange Hacks and Trainers, but they are not that much as in the beginning of the Game. But i will dont write Name’s of the Hackers here, becouse you must see it by yourself, i’m not the Daddy for all, if you know what i mean with that.And of course, sorry for my bad English, i hope you all understand what is written here.Now have fun while Reading, leave a comment if you want and rate the Guide, thanks for all. ;D

Crashreasons / Bugs and DLC’s in Multiplayer.

Yeah, the game crashes often. It gives many reasons for it.

– Graphic Issues on the Server, Server shut down and kick everyone from them Game, or sometimes only one player is left in Game, becouse he/she get no Graphic Issue.
– Hacks/Exploits/Trainers and the Server are two components, so, sometimes a Hack/Exploit/Trainer destroy the connection to your Game Server.
– Laging Host, let you loose the Connection to the Server sometimes as well, if you loose the Connection, you normally go back to the Mainemenue, but sometimes the Game crash totally, so you need to end the .exe in Task Manager.

Yeah, here will noone fix any Bugs/Glitches or add an Anticheat. But dont worry about that. The Game didnt crash every minute or there is a hacker/cheater in every game.

I hope you all know the diffrence between Glitch/Buguser and Cheat/Hackers, alright, both isn’t fair, but Glitchusing/Bugusing isn’t really unfair, if you dont do it often or the hole time.

Glitches, which i mean are something like, roleing up into bases, jump to ropes with a special movement jump which is easy to learn, or getting under the Map/On the Roofs.

you will find out which maps i mean, if you watch my video. You can find it on the Bottom of this Guide.

DLC Bugs. Yea, you understand right, you can use Singleplayer DLC’s in the Multiplayer but not on the typical way. But the ways are legal, becouse it’s a bug and you all will find out fast, that everyone was using or are using DLC’s in Multiplayer.

First DLC: Reticle Headshot, in the Singleplayer-Mode, you get a Rosecolored Point on your screen/aimpoint if you aim on the enemie’s Head. In Multiplayer you will get the same, but only with Bow/Crossbow.

Second DLC: Silencer, in the Singlerplayer-Mode you can equip your silencer on Rifle and Pistols, in Multiplayer the Silencer is only allowed for Pistols. You will not feel a big diffrence out of the Gunsound. Activate it In-Game with a second press on 2, reactivate it with a third press on 2.

Third DLC: Agility Skill, in the Singleplayer-Mode you’re able to climb a bit faster with your axe, but in the Multiplayer, this DLC shows the true power. You can role between jumps, you can also role up to bases and you can make a role if you fall down from a high position to dont get any damage, ok to high = death. ;D How that works, you can see in my Video as well.

They have a bit more Power but less accuraty, you can see the diffrence in-Game on you Loadout Screen.

Most played DLC Gun is the “Silverballer’s”. It haves a good sound and with some special legal tricks you can increase your firerate!

Other Guns are great too, i like the Jagd Pistol, the sound is very Amazing, but the Rapid Fire Perk is useless on this gun. So i decide to use Damage Perk.

Perks generally are important in this game. But you need to understand your gun to create a good Perked Gun. A good one, i mean. Yes, you can use Rapid Fire Perk + fast Reloading Perk on Jagd-Pistol, but that will be absolutly Bullsh!t! ^^
On Jagd-Pistol, Rapid Fire Perk didn’t increase your FireRate with the Pistol and Reload is useless too, becouse you only have a few shots. So, for Jagd-Pistol, use Damage + Extended Clip. Accuraty you didn’t need here, becouse the Accuraty of the Jagd is amazing, same like the tactical pistol.

Alright, now i just need to show you all my Equipment. I’m releveling again and i only use 4 Loadouts.

As you can see, i try to use Weapons everytime with the same perks, which are for me the best combination. Sure i rotated the Perks and finally, everyone needs to play with that, what they like.
Most Important Perks for Characters are: Bow Resistance and Sure Shot
For Weapons in my opinion are Rapid Fire and Damage the best ones.

Firt what i have to say is, that you can increase your Firerate from SniperRifle too.

Ok, it gives 3 Ways to increase your FireRate with Weapons!

1st: is the illegal way, with a third party program, like a script with Autohotkey, or something else. Thats poor, stupid and absolutly not allowed, but TombRaider didn’t have an AntiCheat tool, so you can do what ever you want and dont get banned by VAC or what ever. 🙁
I will not give you tipps here, like how to create a rapid fire script or how to activate the Trainer / Yamatai Patch or what ever.

2nd: is the legal way, much easier to do “Ready to use in 15seconds”. Just go into you Keyboard Settings and Set normal Primary Fire 1st on normal left Mouseclick and also on Mousewheel up or down, which ever is better for you. Click apply and check it out ingame, press left mouseclick + scroll the mousewheel up or down, you will see, it works well.

3rd: is the way over your mouse, if you have a Gamermouse, you can setup your mouse to simulate more mouseclick with 1 mouseclick or what ever. It’s allowed, becouse you need a mouse or Gamepad to play the game, same for Gamepad (xbox gamepad) there you got a rapid fire button. It’s easy too, but you need to change settings.

Personally: i use the 2nd way.

Increase your Meele Atk. Speed:
Just downgrade your graphicsettings. More FPS = more atk. Speed with the axe. If you have not the best computer and play on high settings, maybe you get killed easy in Multiplayer, becouse you move in slow motion for the others. My tip is here: go for the lowest graphicsettings. over 100fps is amazing, 60 fps is great to, but you only can attack normal with meele, on highest settings like 20 fps, you move for the others in slow motion and you cant hit fast with meele. Play with your setting, but make a “BackupScreenshot before” to know, what you have changed.

Let’s talk about Hacks/CheatsTrainer and Exploits.

I see often ppl who cry “Hacker” becouse of FireRate, Non Sound Pistol Shots (Silencer) or what ever, becouse they die and got zero Experience in the Game. Player with much experience, can aim very well to your head and then, you go down very fast. That isn’t hacking or so on.

For example, it gives player, who jump 5x times higher then normal, run with 5x speed as normal and didn’t reload there guns. Easy to figure out which type of Hack it is. it’s mostly the Trainer/Yamatai Patch. For speedhackers, use shotgun, if they jump, the are the easiest target you have ever seen in the game, becouse in the air, they cant do anything, just looking around. For guys without Reload, hmm, just aim better ..

But it gives also people, with real Hacks. They have changed something in there configs of the game. All what the most of them do is, staying in base and press the meele button, you will teleported to the player and get the axe inside your ass. But you can do something, to dont get killed by these ♥♥♥♥♥. Just jump to any rope and hang down there and do nothing, never leave the rope and the Meelehack will not kill you there. Say your enemie team that they have a noobhacker in there, and ask for teamkill them, maybe the hacker will leave the game then or focus the mates of the hacker to kill them. I know its stupid but, what can you do? Nothing! Jump to any rope and hang down there or leave the game, dont try to kill the hacker, it’s useless, he will kill you and you get frustrated.

My Video and last words.

Before i forget it, if you play Rescue in Multiplayer, you can help up/revive your Teammates, with a press on “Shift”. 😉
Try to destroy three things every round, to get an extra xp-boost (150) not that much, but it helps. 😉

So, here you can find my Video which i have make, to show where are the spots to get into bases and so on, just enjoy. 🙂

you see, i didn’t show everything, if you want some training, some informations or so on, just write here, i will add you maybe to show you everything ingame and talk about that with you.

Last what i have to say: Yes, it is worth to buy the Game and his DLC’s, it’s not very expensive if you wait for a sale. The Story is great but oneway, i love it, becouse you have a lot things which you can do, like finding Books in every part of the Game, or just to look Lara on their ass. Sorry for that, but the Graphics are just amazing.
Ok the Multiplayer isn’t the true, becouse it’s third person, i love it but maybe someone not, and yeah, many Players play TR 2013 Multiplayer, you will everytime find a match, also you have to choose what you want to play, with DLC Maps or without. Both are played much and the Maps are easy to learn, same like the Handling of Lara in the story. 3/3 Stars 🙂

I hope i can help a bit with that Guide. Best whishes. See me Ingame “mostly TDM” ;D
Over and Out. Sacky.