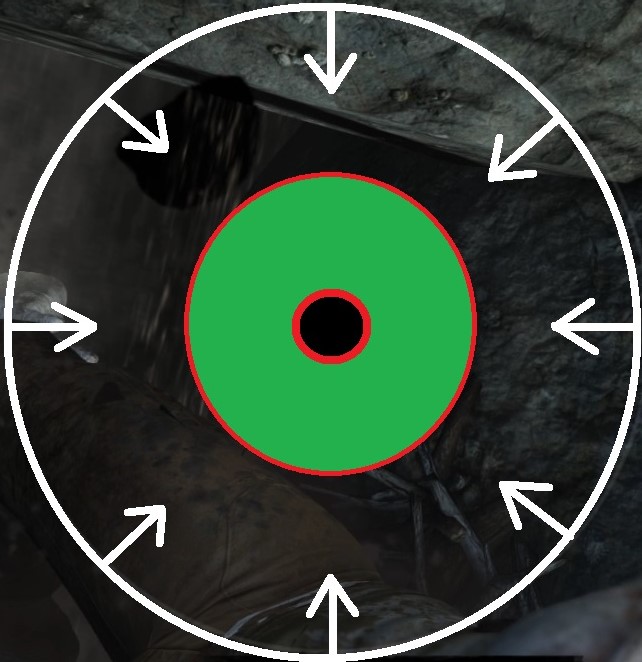 A guide to explain how the so-called “circle event” in Tomb Raider (2013) works. Text, screenshots and a video.

FIRST STAGE
The action slows down, a faint white circle appears and, while getiing clearer, shrinks towards a second circle inside it. Do not press yet. 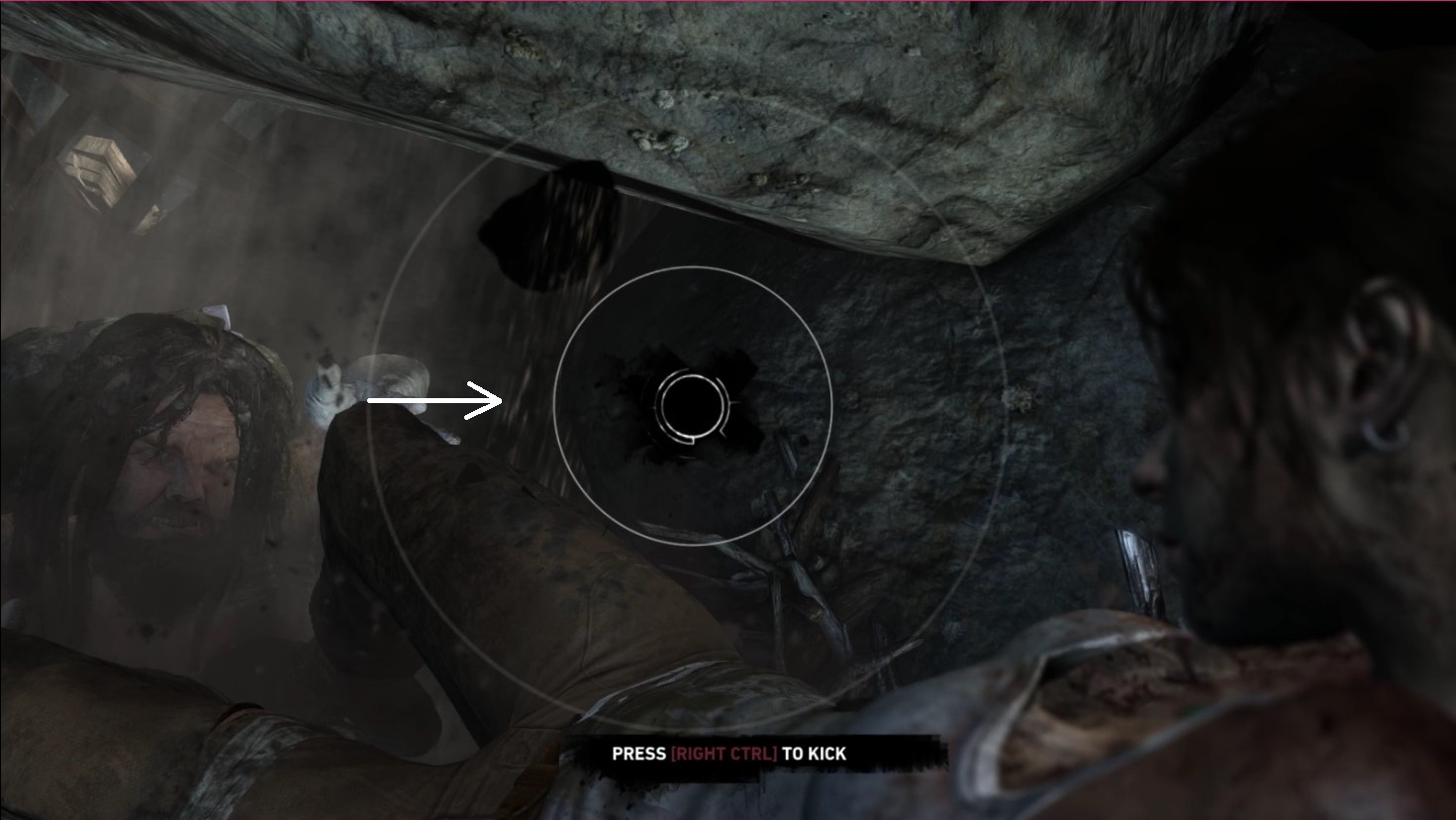 SECOND STAGE (SAFE ZONE)
When the outer circle touches the second circle, that inner circle turns red. This signals the start of the safe zone to press the shown key/button. The white circle continues shrinking towards the middle. 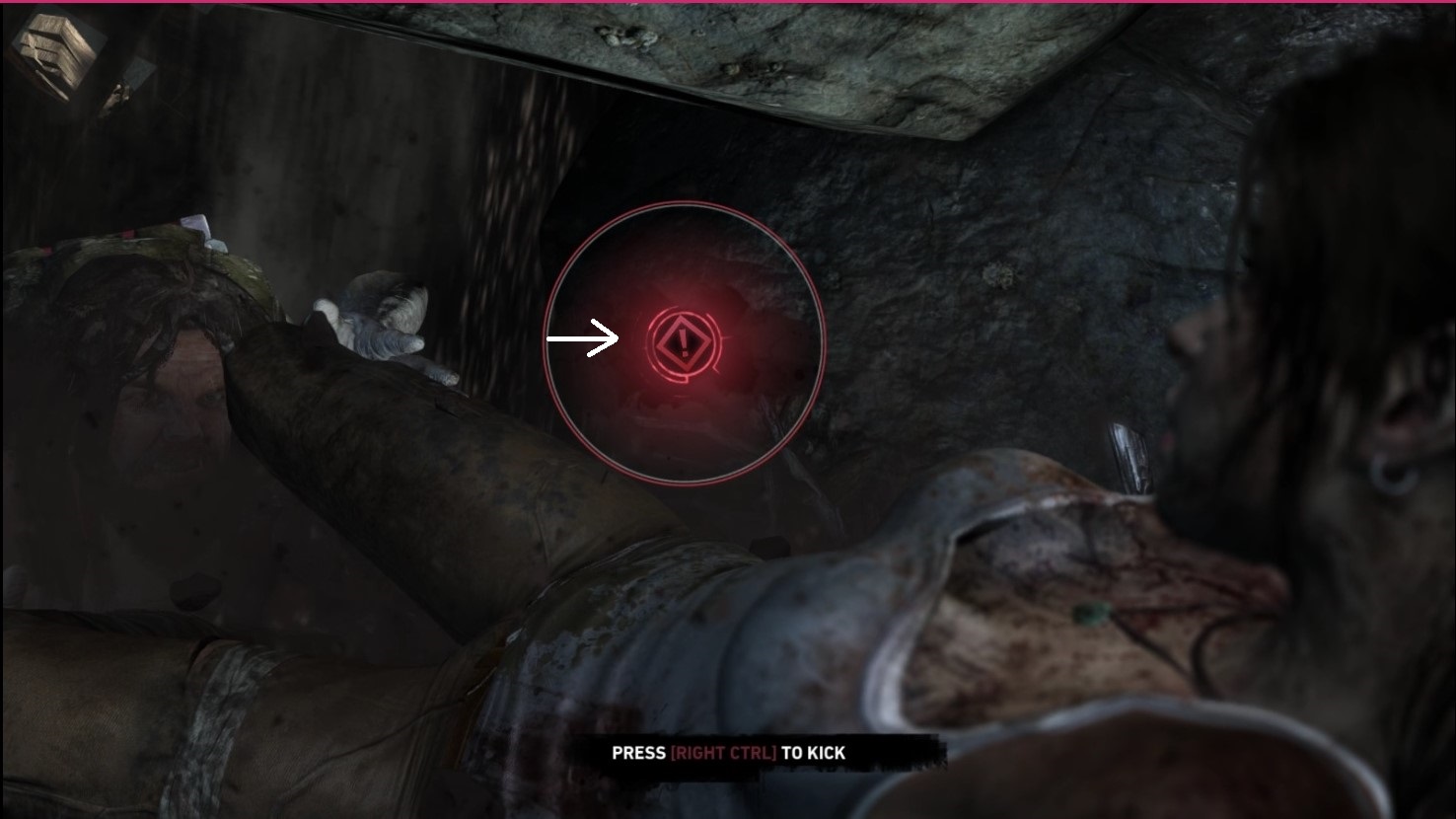 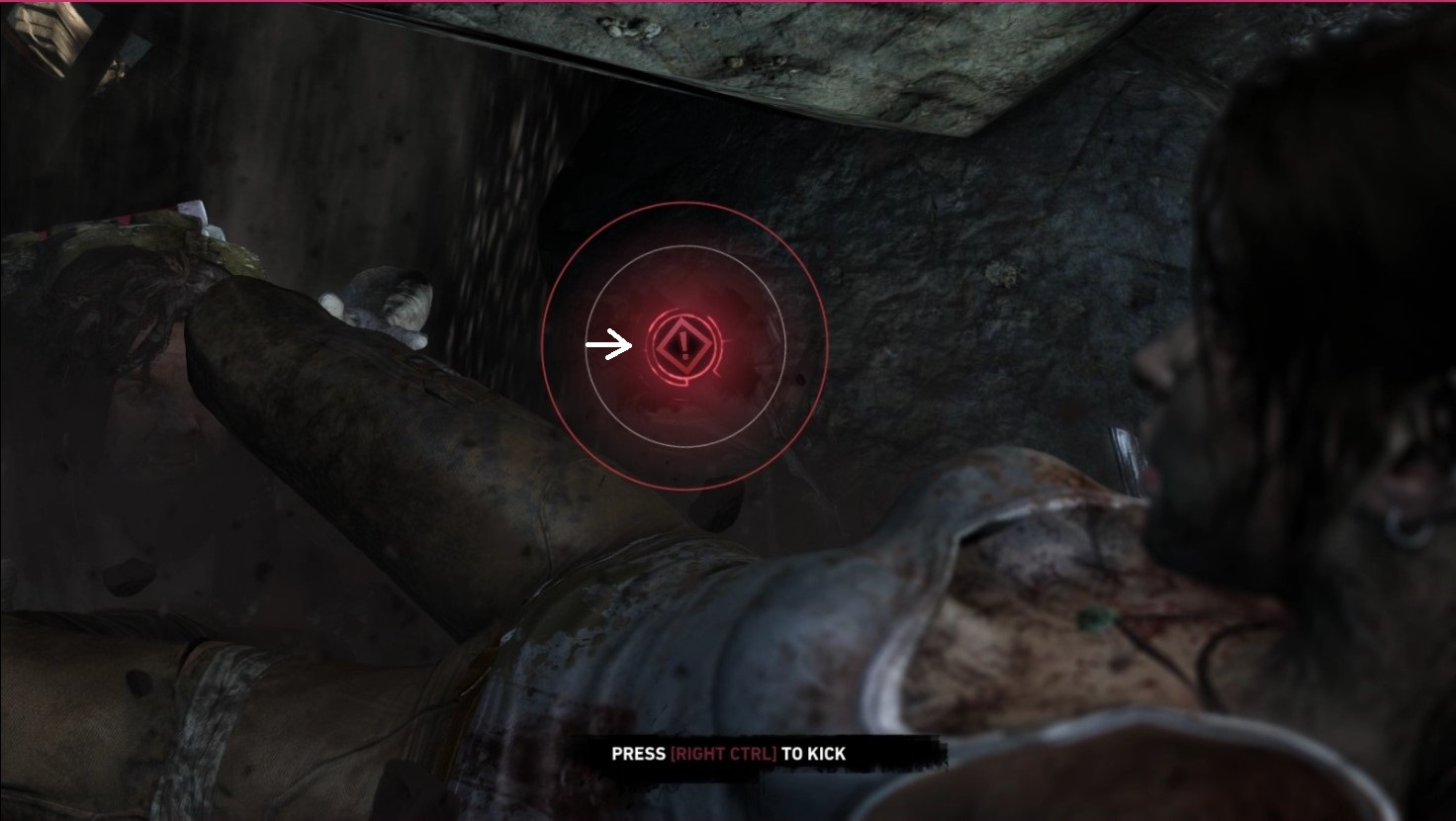 Pressing the correct key/button before the shrinking, white circle reaches the little innermost circle will result in success for Lara, indicated by a yellow spark. 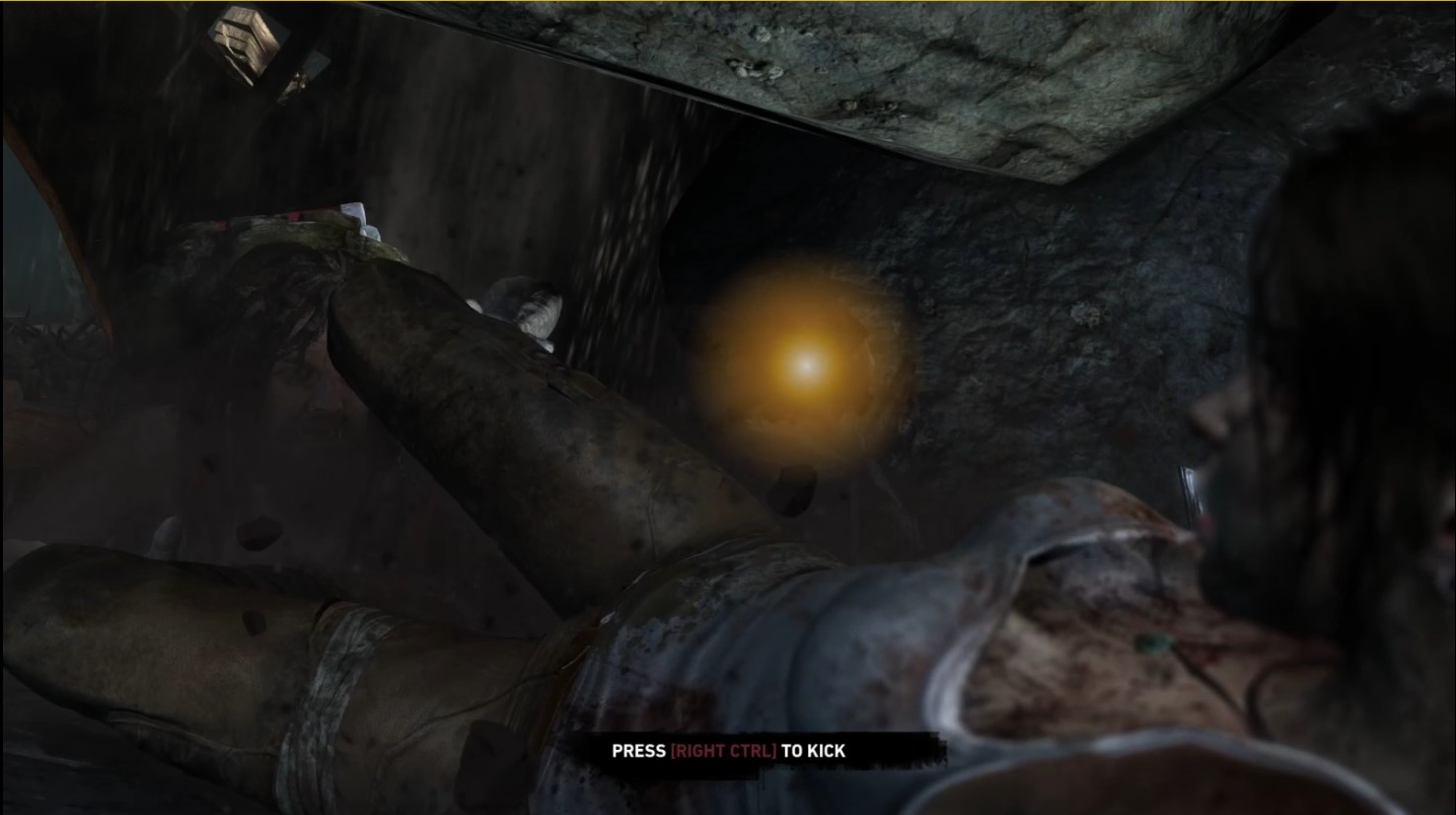 THIRD STAGE
The white circle reaches the third circle in the centre, turning it bright red. It is now too late to press the key/button. Pressing the required key/button now will result in failure. 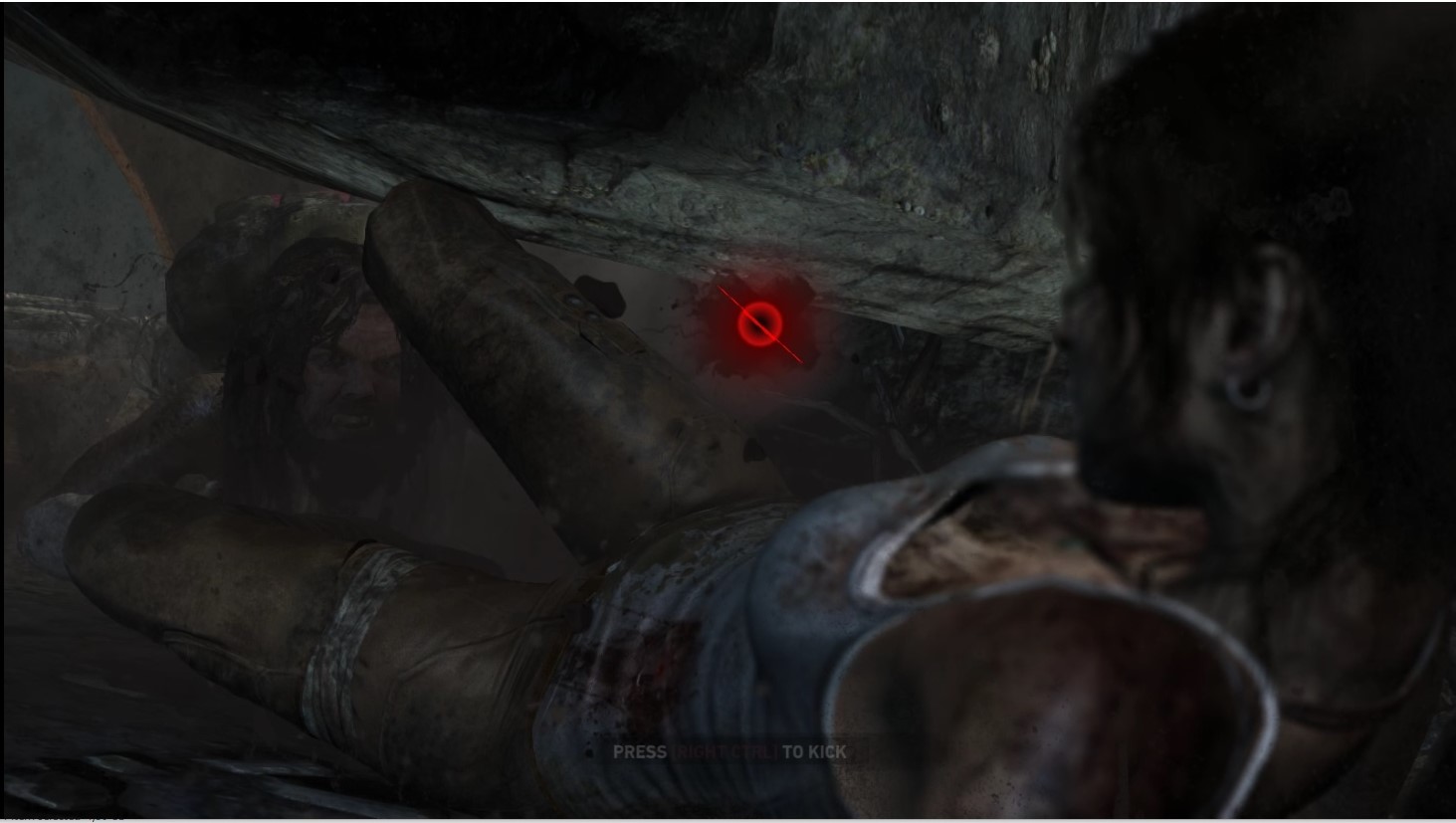 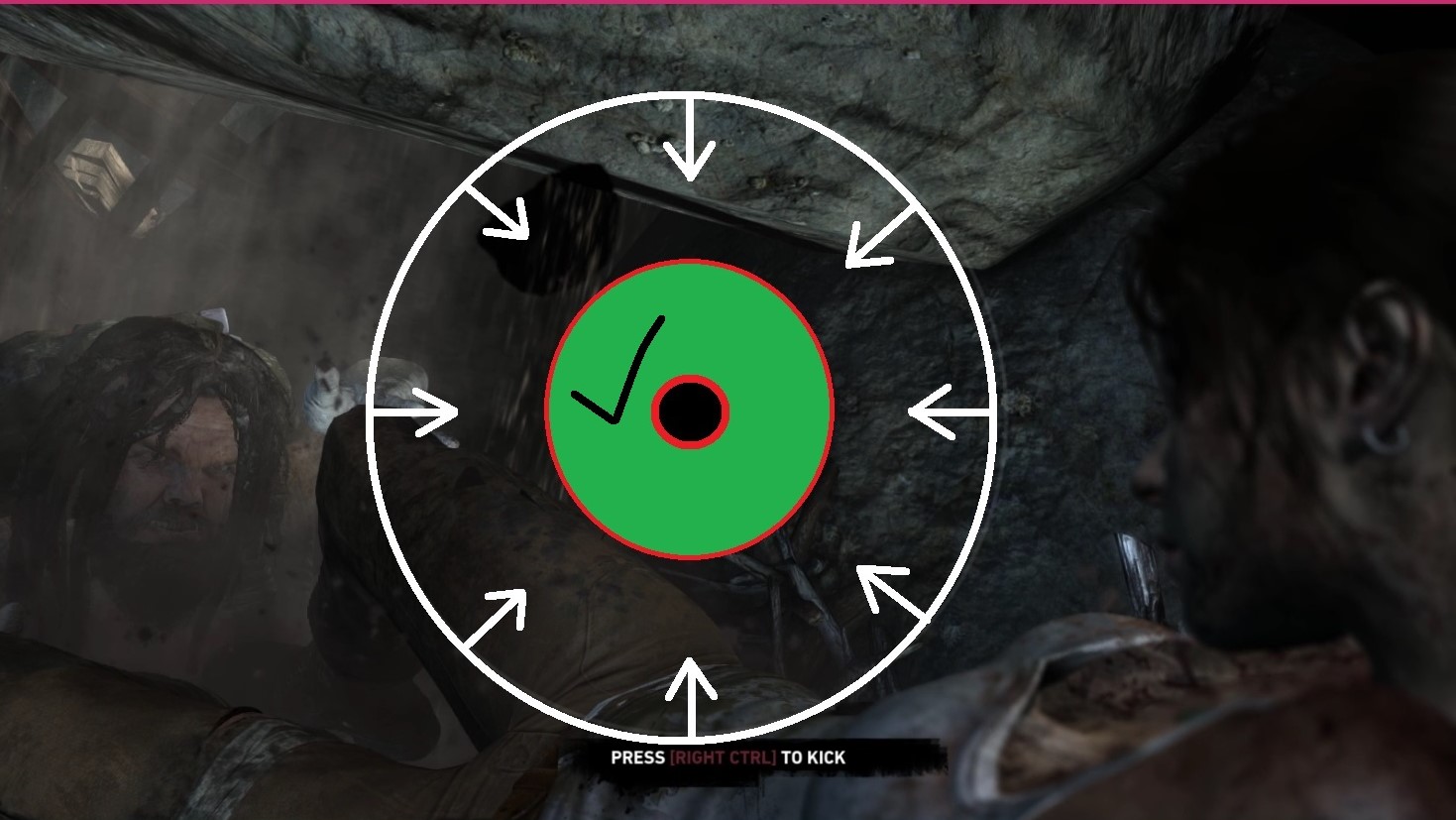 Take note
∙ The circle event simply requires a single press; no mashing the key/button. Mashing is required in some instances in the game, like with the left-right (A-D) action, yes, but not for the circle event.
∙ As can be seen In the screenshots above the required key was Right Ctrl. This is a rebinding of this particular action to suit my hands and it is not the default key used in the game (which should be ‘F’). The correct key should be displayed on your screen, although there isn’t much time to have a look at it. Check your key bindings.

This video illustrates the correct handling of the so-called circle event in Tomb Raider (2013).
Three scenes were picked from the game, representing all instances of the event throughout:
1) Escaping from Scavanger’s Den (the boulder crush) – 1 circle event
2) The fresh Russian – 2 circle events
3) Retrieving Roth’s pack from the wolf cave – 2 circle events