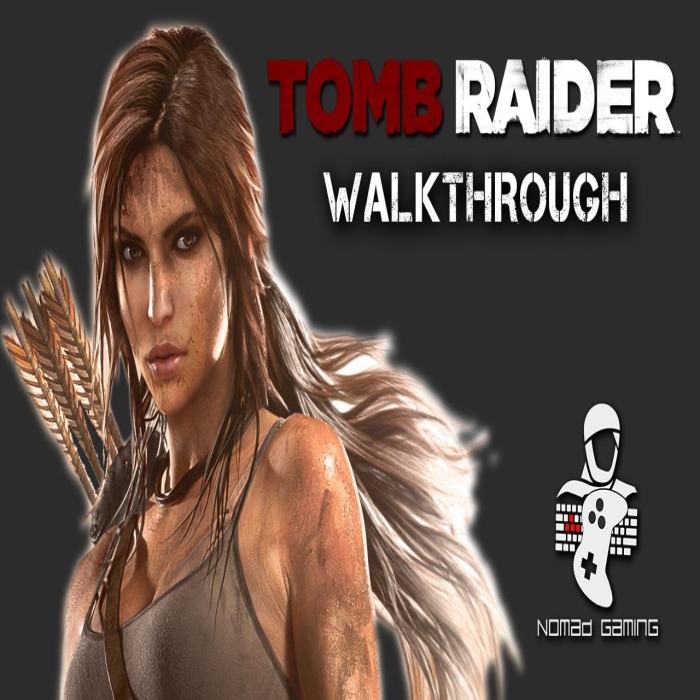 It’s a full playthrough of the game via 12 Videos 1080HD, with a total playtime of approximately 4 hours.Notes: We’ve skipped the scenes as long as the game allowed us, and ignored most of the collectibles, because we are just playing the game, finishing the story with no additional goals. we might do videos specialized in that stuff later. There is no commentary for the time being.It consists of 12 videos and it is mentioned in each part the start point and the end point of each video and some explanation if the title is misleading, so you can keep track of our progress within the videos. Enjoy Watching.

Note : You should have noticed that we’ve skipped the scenes as long as the game allowed us, and ignored most of the collectibles, because we are just playing the game, finishing the story with no additional goals.

Here we continue from where we’ve left off, from the “Forest ruins camp” to the first visit of the “Mountain Village Camp“…………

thanks for watching this part.

We’ve ended “Part 2” with the intention of getting the supply backpack for “Roth” around the “Mountain Village” area, and that’s what we are going to do in this part.After that we will keep playing until we reach the “Radio Tower“…………

Okay, in “Part 3” we called the airplane to help us get out of the island using the “Radio Tower“, yet they need a signal to point out an exact location or whatever, we’ll do that in this part, yet we keep playing until we reach the “Chasm Monastery“………….

We hope that you liked it.

Well, in the last part, we got captured by the “oni” and were imprisoned in “Chasm Monastery“, we escape that, and will keep on going and keep on watching Lara suffer, until we reach The “Shanty Town“…………

What we are going to do? Well there this a part 5 which might have an answer.

Well last part, we got stuck in a combat and we left you guys in a cliffhanger, here we finish that combat and we keep raising hell on the residents of “Shanty Town” Until we meet another survivor, his name is “Grim” and he is a angry badass old man………

Well we thought that we would end this part here, because there wasn’t any suitable waypoint for the next 30 Minutes of the game. I hope you liked it.

Well we’ve seen the Sad demise of “Grim” but we don’t care and keep moving for a long 37 Minutes – Sorry About that – until we get our fancy new Helicopter Crashed.

sorry about the long video, it is the longest part, because as I’ve said in part 6, we didn’t have a suitable endpoint for a long 30 Minutes, thanks for watching though.

In the last part, we’ve left you guys with a huge cliffhanger – assuming you didn’t play the game at all – , we crashed our helicopter, which was the last hope of escaping this island, we happily survive *you don’t say*, but sadly we lose an Important person, Roth is dead, he was a tough one, so we again get left behind by the other survivors and the made it to the beach and have setup a camp there, we intend to go there, but it won’t be as easy as they did, after we meet them, they already have requests – yea I know, unreliable rude people– we do the first one, as you would see in the video……….

we finally gather with the survivors, minus 1, we will deal with that in part 9, thanks for watching.

Well since we’ve skipped all the scenes and if you don’t own the game and just watching our story walkthrough (Playthrough), We said there was a survivor missing, “Alex” our nerdy dude, we head to the “Endurance” Our wrecked ship to check on him and to bring back some tools needed for the boat, and bring him back in the process, but I’m afraid this won’t go as simple as saying that……..

there you have it, we brought the tools back, minus 1 survivor, what next? We’ve cover something interesting while returning with tears from the “Endurance“, more in Part 10.

We ended part 9, with the intention of visiting a research base close by to uncover some secrets of the island, it’s inhabitants, and it’s storm issues !, we do that in the video and keep going to reach the “Monastery“…..

The Monastery… yes again, but this time, we are going guns blazing in part 11.

In this part, we will break in, sneaking for a bit in the “Chasm Monastery“, fight or ‘shoot’ our way through until we reach the “Chasm Ziggurat“…………

Alrighty then, The final part is the next one, where we face evil and conquer it as always…..

In part 11, we reached the “Chasm Ziggurat”, with – of course – the idea of reaching the summit and saving “Sam”, We do that in this part, and leave you with a long scene of “A Survivor Is Born” to finish it all up smoothly….

And this is all folks, I hope you liked our videos, of course we still have something to do in “Tomb Raider”, We might have another walkthroughs for Tombs later, I hope you Rate it up, Sorry for no Commentary but it won’t do much since you already see what we are doing, and It would be done in Arabic which would make this guide worthless to most of you, So I decided to do without them, until we can get some subtitles guys in Nomad Gaming Crew.

See you in other guides and thanks for watching or at least checking the guide out.