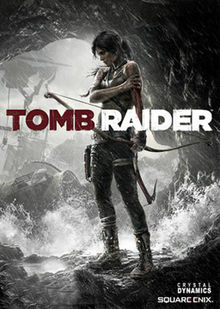 For those who wanna get to level 60 by yourself without troubling your friends, this guide would suit you the best. In this guide I will be explaining how to get till level 60 in solo and what map best suits for this.

Firstly, before I start for the level-up guide, I’ll be briefly explaining about Tomb Raider Multiplayer mode, if any of you are new to the game and oblivious of how multiplayer mode works. Multiplayer mode consists of 4 game modes, mainly Rescue, Team Deathmatch, Cry For Help and Free For All. The 4 available maps for these 4 modes are Beach, Shrine, Chasm, Underground and Monastery.

Rescue is the mode in which Survivors need to deliver the designated number of medic packs to their camp in order to win the game. As for Solarii, they need to kill the designated number of survivors in order to win. Note that if survivors dropped their medic pack on the ground and didn’t pick it up within 36 seconds (precise time after experimentation, the range is between 35 seconds to 40 seconds), the medic pack will respawn to another random location.

Team Deathmatch is the mode in which Survivors and Solariis kill each other (aka trade kills) till one of them reaches the designated number of kills to win.

Cry For Help is the mode in which Survivors need to power up the radio tower (or better known as “activate”), at the same time they need to defend around the tower they’re standing (best if multiple survivors stand on the same tower to quicken the process). Solariis need to kill the survivors in order to steal their batteries. Both factions need to reach the designated number (tower activation/batteries stole) to win.

Free For All is the mode where you are on your own, everyone else is your enemy regardless of the faction. The player who can kill people without dying at the same time will become the executioner, and will have 3 more kills. If the player can get these 3 kills, they win.

Now I have introduced all the multiplayer modes, it’s time for our topic – solo grinding.

Solo grinding (how to level up till level 60)

For solo grinding, we would choose Rescue Beach as our grinding map as it’s the most suitable map for it. This map has fixed locations for both medic packs and salvage crates, the map itself is not that wide/large, labyrinth-like as well. Other maps are either too wide/large, like a labyrinth or the salvage crates are scattered everywhere (so do medic packs). The other 3 modes are not suitable as you need 1 more player other than you to work, and it’s not as profitable as Rescue was. Anyway, the first you need to do is go to “Multiplayer”, select “Create Private Match” as you wouldn’t want someone who joined randomly screws up your plan. After you’re in a lobby, on “Match Option”, select “20 minutes” for the duration of the game, around 15 – 20 medic packs (20 max is the most optimal for more experience points), Solarii’s kill count doesn’t matter, you can either leave it default or select the max (100 survivors kill). “Number of rounds” doesn’t matter, it’s up to you to choose either 3 matches, 5 matches or 7 matches. When everything is set then click “Start game”.

When in-game, if you’re on Survivor faction, start searching for medic packs and deliver them to the camp spot (the lake-like circled part). The long range carry exp point is fixed on 500, and one medic pack secured is fixed at 750 per pack. You can choose to rush all but leave 1 medic pack left then locate salvage crates and open them to get salvages (With “Advanced Looting” enabled, you get 100 more salvages in addition to the amount of salvages you gain via the opening of salvage crates), or you can get salvages in the midst of securing medic packs. I would suggest the former as it leaves you to one-step-to-victory rather than failing in securing the required amount of medic packs and getting less exp points than expected.

[link]
The screenshot above is my third match aka my final match (I set on 3 matches). From it you can notice that the other fixed exp points are Deliver Boy (1000), Gopher (350) and Winning team (3000). Extra information: “Losing team” will get half exp points from winning team (1500).

As I have mentioned earlier, if you dropped a medic pack and didn’t pick it up within 36 seconds, the medic pack will respawn to a random different location. Below are the screenshots on medic packs’ locations:

[link]
Medic pack second location (Roth’s standing spot), at the east direction of the map, after walking up a stair.

[link]
Medic pack third location (Roth’s standing spot), in the middle of the cave at the north direction of the map.

[link]
Medic pack fourth location, at the west side of the map up the tower ruin.

After first round (if you chose Survivor), you’ll be Solarii in the next round (aka round 2). Since it’s only you and no one else, you would not have anyone to kill. So grab this golden opportunity to get salvage crates open to gain more salvages for unlocking characters and buying upgrades for weapons later (again, “Advanced Looting” helps a lot in getting more salvages), until the timer runs out.

[link]
This is the completion of the round as Solarii, since you don’t have anyone to kill, you can only get a fixed 300 exp points of “Round completion”.

[link]
Salvage crate fifth location, at the second floor of the tower ruin.

That’s all for this guide, I wish everyone having a fun time gaming here. 

The original idea of solo grinding comes from player QuantizedAnson. Much appreciation from him. :3