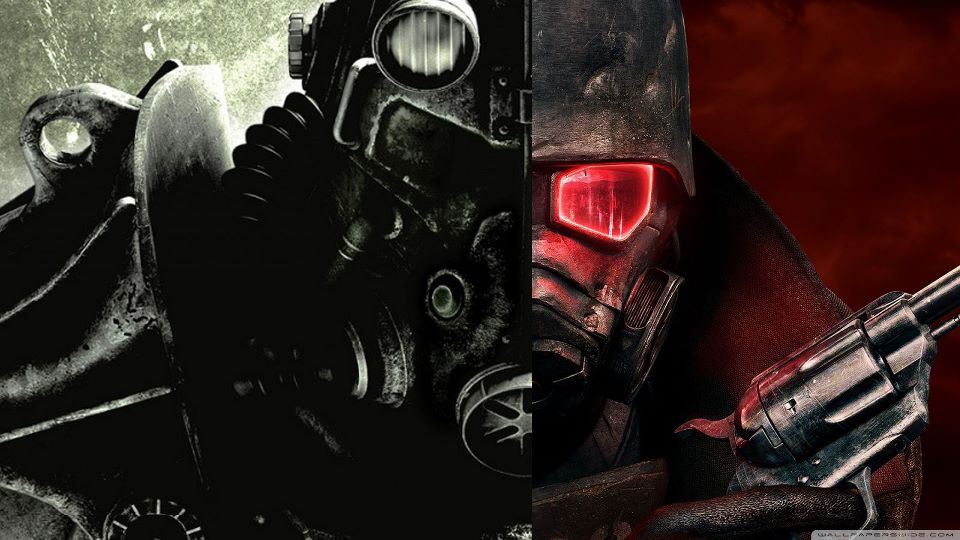 This guide was ripped from Fallout 3 guides, but I felt it would be useful for people playing Tales of Two Wastelands

There are 7 SPECIAL Bobbleheads. This section goes over the locations of all of them:

Warning: The Strength Bobblehead is one of the few bobbleheads that can become permanently unobtainable; this one becomes unobtainable on the condition that you completed the quest “Power of Atom” in favor of Mister Burke

The strength bobblehead can be found in megaton in Lucas Simms’ house which is directly to the right of the entrance. To find it you must head upstairs into the room to the left and take it off of the desk. Generally, the house has a level 50 lock on it and it is very rarely unlocked. The best way to get in without being lucky or investing skill points in lockpicking is to pickpocket the key off of Lucas himself.

The perception bobblehead can be found in the museum of Dave in the Republic of Dave, on a bookshelf. The republic of Dave is located in the far northeastern corner of the map, east of Old Olney.

The endurance bobblehead is among the most difficult to acquire as it is located in the Deathclaw Sanctuary. As the name would suggest, the main inhabitants are deathclaws. However, after completing the quest, “Waters of Life”, enclave troopers may spawn outside the entrance.

The Deathclaw sanctuary is located northwest of Mount Mabel campground, more south than east of Raven Rock and southwest of Fort Constantine.

The bobblehead is found in the entrance room next to a brahmin corpse. There is a lot more loot in this dungeon such as multiple unique weapons and a nuka-cola quantum.

The charisma bobblehead can be found in the cloning labs of vault 108, on a table in a room filled with beds roughly in the center of the local map. Vault 108 is located more south than east of Canterbury commons.

The main inhabitants of the vault are clones named Gary who are about as difficult as the average raider.

Found on a table in the science lab in Rivet City. You can locate the science labs by going through the midship/upper decks. You have to go in this room as part of the main quest “Scientific Pursuits”.

Located in the Greener Pastures Disposal site. In the western side of the area, you can find an office with various loot in it including the bobblehead.

The Greener Pastures Disposal site is located far south of Vault 92 and southwest of Old Olney.

The bobblehead is in the basement of a building near the center of the cemetery.

There are 13 Skill Bobbleheads. This section goes over the locations of all of them:

Evergreen Mills is located east of Smith Casey’s Garage and directly south of Fort Bannister. There is a large amount of raiders and one of the only five behemoths in the game.

Smiling Jack is friendly, even if you kill off all of the inhabitants

The main inhabitants of this place are various kinds of robots – mostly protectrons and Mister Gutsies.

Warning: The Energy Weapons Bobblehead is one of the few bobbleheads that can become permanently unobtainable; this one becomes unobtainable on the condition that you completed the quest “The American Dream”.

You can only get this bobblehead during the quest “The American Dream”!

It is located in Colonel Autumn’s bedroom in Raven Rock, in the room on the left before exiting section 2C.

There are very few enemies in this area. When inside the station, you will receive a radio signal. As you get closer to the manhole, the signal gets stronger.

Found in Bethesda Ruins, east offices 2nd floor. It is found right next to a safe. The Bethesda Ruins can be found east of Big Town and south of Scrapyard.

Found at the very start of the game during the vault 101 introduction. You can find it on the table in the clinic during the GOAT part of character creation. If you missed it then, you can find it again during “Escape!” or “Trouble on the Homefront” in the room to the right of where you see Amata talking to the overseer.

Found in the Virulent underchambers of the dunwich building. You can find it on the floor of a clutter-filled room near the exit to the first floor. The dunwich building is filled with ghouls and is located in the far southwest corner of the world.

You can find it on a table in Even King’s house in Arefu. His house is the last one on the right and has a level 50 lock.

Found in the Vault 106 living quarter in a room on the mideastern side of the top floor. The room has windows that look into a cave and has several survivors outside. You can find Vault 106 south of Kaelyn’s bed and breakfast and far east of little lamplight.

Found in National Guard Depot, which is located outside northeast of the eastern DC area. You can find it on a shelf just outside the bunker in the armory room. The main inhabitants of this dungeon are robots and you can access the bunker through an unmarked quest known as “Keller Family Refuge”.

Found in Eulogy’s pad in Paradise Falls, next to a terminal near the center of the room.

Found in an unmarked location known as Rockopolis. Rockopolis is directly west of Smith Casey’s garage. The entrance is hard to spot, but the entrance is between two trees and some clutter can be found outside.

The dart gun is a valuable stealthy and tactical weapon that cripples the opponent’s legs and poisons them. It is incredibly useful against opponents such as behemoths, deathclaws and reavers.

A schematic can be acquired from completing the quest “Head of State” in favor of the slaves
Another can be found in the MDPL-05 Power Station, right next to a skeleton.
One more can be bought from the Boutique at tenpenny tower.

This extremely powerful unarmed weapon is slightly weaker than a power fist in terms of base damage, but it has a high critical chance and negates all DR.

One schematic can be found in the rare, one-time “Wounded Deathclaw” encounter.
Another can be found in the Scott Key Trail & Campground location, south of Girdershade.
The last one can be obtained by siding with Bannon during an unmarked quest named “Council Seat”, to get this quest, you need to talk to Bannon about Seagrave Holmes.

This moderate-damage rifle is unique in that it deals an extreme amount of bonus limb damage. It also has a high crit chance and shoots faster than most other rifles.

One can be acquired from completion of the quest “Stealing Independence”.
Another set of schematics can be bought from Tulip, in the underworld.
The final one is found on a workbench in the MDPL-13 power substation.

This special big gun shoots uses misc items (such as scrap metal and deathclaw hands) for ammo. However, most misc items have weights and this weapon degrades very quickly.

The most powerful melee weapon in the game. This sword has a high base damage and does bonus fire damage. It is also affected by the pyromancer perk.

Lucky Harith sells them
Vance gives you them as a reward for the quest “Blood Ties”.
A set can be found in a shack located a little southwest of the Satcom Array NN-03d

Bottlecap mines are extremely powerful mines. You can easily craft them and they can be commonly found around the game world.

The earliest obtainable schematic is earned during the quest, “Wasteland Survival Guide”, after completing the minefield section.
One can be bought from Knick Knack in Little Lamplight.
Another is in Jocko’s Pop and Gas stop, which is located northwest of Tenpenny Tower.
The last one can be found in Dashwood’s safe, after completing his quest to find Argyle in Rockopolis.

Extremely powerful, but hard to craft. These become much easier to craft if you have the Quantum Chemist perk.

You can earn one from completing the quest, “The Nuka Cola Challenge”.
Doc Hoff sells one.
You can find one in the Yao Guai cave section of the Cliffside Cavern, which is a short distance northeast of Tenpenny Tower.

All credit goes to: [link] since it was ripped from him