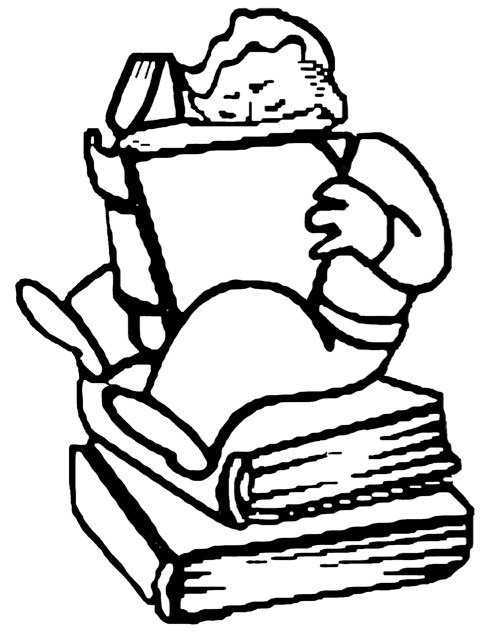 For users of the popular mod “Tale of Two Wastelands”.This guide simply lists the locations of the skill books in the Capital Wasteland, as they have been changed since Fallout 3.This guide was made using the “TTW Skill Book Locations” spreadsheet[docs.google.com] 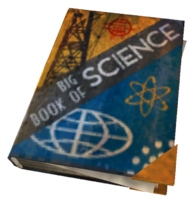 Broadcast tower KB5 – On highway bridge between broadcast tower KB5 and SatCom Array NW-07c, as you approach from the east, the corpse of a scientist will be blown out of the back of a truck. The book will be on the body of the scientist, and is much more easily looted from any body parts that remain on the bridge, rather than what has fallen into the river below the bridge.

Marigold Station – In Queen Ant’s Hatchery, in the lair of the Marigold ant queen on a desk next to a terminal. *May have been knocked on the ground next to the desk, check around there if it isn’t on the desk.

Megaton – One of the rewards of the Wasteland Survival Guide quest. Given by Moira Brown as reward for completing the bonus objective of the RobCo Production Facility part of the quest.

Vault-Tec Headquarters – Corporate offices, it’s sitting on a wall shelf hanging over open air on the second floor. It is possible to jump and attempt to grab it, but it is much easier to shoot it off with a pistol from the left side of the hole. 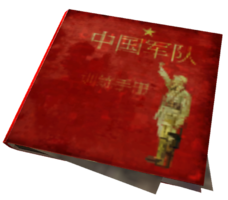 Corvega Factory – In a truck to the south, in a Very Hard footlocker. Use Driver’s Key.

Mama Dolce’s – At the Loading Yard, on the floor next to a Chinese remnant soldier who is stationed as a sniper on the eastern upper level.

Nuka-Cola Plant – Main entrance, look for a hole in the ceiling with a filing cabinet over it; it’s in there.

Penn. Ave Northwest – Inside the local map marker Hotel, the Brotherhood of Steel compound on Pennsylvania Avenue. Must be stolen unless you have Broken Steel, in which case the Hotel’s loot is no longer “owned”. 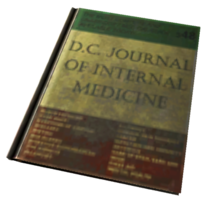 Georgetown West – In DCTA Tunnel 014-B Potomac, through a long water-filled tunnel, on a console with two stimpaks. A mirelurk king may spawn in this room.

Our Lady of Hope Hospital – Second floor, cantina (room with the gas leak), on a table. 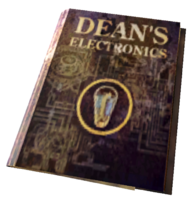 Anchorage Memorial – In Anchorage Memorial Facility, in the infirmary on the west side, in an Average-locked floor safe under a table on the north wall of the room. If you used the Access Codes to unlock the terminal near the Nuka-Cola Vending Machine, you can remotely unlock the safe.

Andale – To the east, in a truck on the road. The truck is also an easy find by going northwest from the Nuka-Cola Plant, straight uphill.

Canterbury Commons – In Dominic and Machete’s house, on the desk to the left as you enter the room.

Relay Tower KX-B8-11 – To the southeast, near Hilltop Farm Ruins, on top of a barrel inside a flipped-over container in a small radioactive pond.

Vernon Square – In a small sewer area marked as ‘Sewer Entrance’ (not the sewer down in the crater) on the local map in Vernon Square (at the end alley to the right of the Cinema, opposite the Statesman Hotel). The book is on a table behind an Average locked door, along with a sawed-off shotgun. 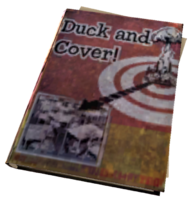 Evergreen Mills – Foundry: Lying next to a dead body on the ledge above the broken terminal of the ground. To reach it, you must jump off the stairs to the ledge.

Jocko’s Pop & Gas Stop – In the Signal Sierra Victor drainage chamber to the east of the activating antenna mast.

National Archives – Sub-basement in the generator room behind a Very Hard locked gate.

Old Olney Sewer – At the end of a rocky tunnel next to a skeleton.

Vault 92 – In the Overseer’s office on a shelf. 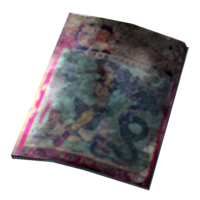 Cliffside Cavern – In the sniper nest in the main hall, at the base of one of the generators. (From the central platform with burn barrel and chess board, it is the platform directly northeast. Bright lights – large generator – wooden housing. Grognak is on top of that housing.)

Corvega Factory – North-northwest of the Corvega Factory is a Sewer Grate to Drainage Tunnels. Go in, and into the room ahead to your right. Grognak is on the bookshelf straight ahead as you enter. (This is the Yankee Bravo radio signal origination point.)

Hubris Comics – In the area where Mad Johnny Wes is located.

Vault 101 – A copy will be given to you by Amata in Growing Up Fast during your birthday party. If you don’t use it during this quest, it will be in the dresser in your room when you start the Escape! quest. 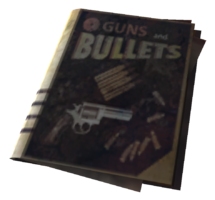 Arlington Library – In the Pulowski preservation shelter immediately outside and to the the north.

Citadel – In the A Ring, in the Den, under one of the beds.

Fort Bannister – Bunker area, in locker room on top of a gun cabinet.

Hamilton’s Hideaway – In the locked weapons stash. The key can be obtained by completing the quest “Galaxy News Radio” if you already know James’ location before returning to Three Dog.

MDPL Mass Relay Station – Power station, on a table immediately to the left after entering through the wooden door. 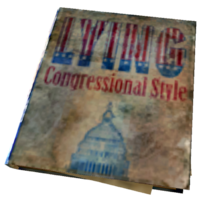 Capitol Building – In Conference Hall, on a podium.

Jury Street Metro Station – Southwest of the entrance, inside the unmarked Calverton church.

Meresti Trainyard – In Meresti Metro Station, under a box on top of the train.

Museum of History (Underworld) – Can be received for free from Tulip in Underworld.
NOTE: This book is actually “Paradise Lost”, but acts and counts as the Speech skill book

Nuka-Cola Plant – Offices, on top of an open safe in a northeastern room on the second floor.

Energy Weapons – Nikola Tesla and You 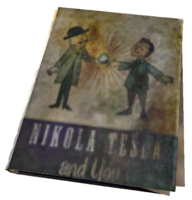 Museum of Technology – Atrium: In control room overlooking the entrance, next to the maintenance terminal.

Red Racer Factory – On a shelf behind a locked door (average) in the CEO Offices.

Robot Repair Center – Next to a broken protectron on the first floor.

Vault 106 – Living Quarters, upper catwalk room with school desks and a switched off projector. Inside the bottom wooden box in a stack on the large desk. 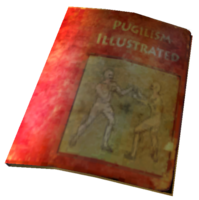 Charnel House – In a Drainage Chamber West of Charnel House, North of where you get the Signal Papa November.

Chryslus Building – Lower Offices, upstairs, in one of the buckets next to a vending machine.

Moonbeam Outdoor Cinema – On one of the picnic tables.

Springvale – Inside the mailbox of the destroyed house west of Red Rocket Gas.

Warrington Station – In Lucky’s, behind the counter. 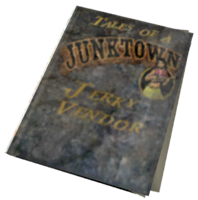 Bethesda Ruins – In Bethesda Underworks, on a bucket sitting on a bench found right after coming from the tunnel at the entrance.

Grisly Diner – On a shelf.

Little Lamplight – In Murder Pass on a toilet in the southeast corner of the room north of the entrance. 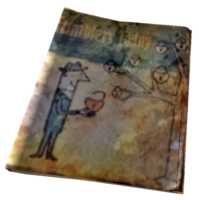 Broadcast tower KB5 – In the drainage chamber on the floor in front of a locked door.

Falls Church – Southernmost office building, on a desk. Watch out for traps.

Meresti Trainyard – In the Meresti service tunnel, on the table near Robert’s bed (the guy who guards the entrance to the Family gang encampment). While it is among owned goods, the book itself can be taken without a Karma penalty.

Minefield – In Gibson house, sitting in the office on the desk.

Talon Company camp – West of sewer waystation, in the store room on a shelf.

NOTE: The Wasteland Survival Guide may be changed to the “Scout Handbook” from FO1+2 to help continuity errors in a future update. 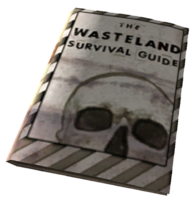 Fairfax Ruins – In the car dealership building to the east, on the upper level where there are smaller, ruined vehicles. You need to jump onto the coffee table in the corner to get to there. Its on a generator.

L’Enfant Plaza – In L’Enfant, northeast corner, in is a small camp underneath a partially-collapsed overpass.

Wheaton Armory – In a room full of weapons on the bottom floor behind a very hard door or a very hard terminal.