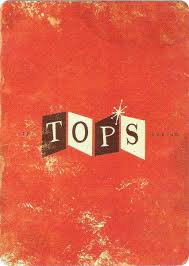 (spoiler guide)Welcome to the Tops!

!Spoilers! -this is a bunk guide if you dont know the rules, check out the second section. thanks

congrats! ya made it kid, i knew ya had it in ya.. welcome to the Top’s.

you start with a rigged deck. it has 2 king of diamonds in it. and it is missing a king of clubs. the rules state that you cannot have any duplicate cards from the same set. so essentially the tops deck is rigged, and allows the player to be EXTRA lethal towards the clubs suit. to be unbeatable simply buy as many caravan cards as you can that are 10, 6, J, Q, K, Joker’s, or Ace of clubs in particular. if you include only ace of clubs, and PUT ABSOLUTELY NO CLUBS IN YOUR DECK. stock up on extra jokers to nuke your opponents clubs. your deck will be immune.

equally you can use the suit removal technique to nuke any deck that is ovverun by a particular suit. for example ringos deck has alot of diamonds. so include no diamonds except for ace of diamonds to nuke him. he gaved you a rigged deck so dont feel bad.

if you lose at caravan. its because you played an ace for no reason. or you have no clue how to play caravan anyway.

the kings will multiply any card by 2. therfore the player only needs to play a series of ten and 5 to get to 20.

you win when the computer gives up and you scored better, or when you get all three caravans to 26.

it is not impossible to lose with this deck. but use jacks and jokers to destroy your opponents caravans, or kings to make the computer bust! (anywhere over 26)

you may bet all your caps if you follow my guidelines. DO NOT FORGET TO SAVE AND BLAME ME!

seriously you can bet all your caps with this deck.. use the queens on each of your caravans when you cannot play a card(queens are wild). queens are also a perfect filler. discard as many queens as you can at the start of the game to filter your deck down to rapid 10’s and k’s and 6’s.

basically you want your caravan to add up to 26 quickly. otherwise stall and destroy the enemy caravan if you are about to lose.

-Intro-
When you get your caravan deck and rule set. You may notice that something is not right.

The couriers lore is something that is widely discussed. Take a closer look at the rules, and a wise player will find they have a very interesting deck.

There is in fact a perfect caravan deck as detailed in the spoiler version of this guide.

If you are here because you do not understand the basic rules and counterplays. You are in the right place.

2-10=numeric cards
Jack=kill target card (and all atachments to said card)
Queen=activatable wild card (allows you to play any card on top of a stunted caravan)
King=X2 boost(doubles the number of any card, on either side)
Ace=1,is complex and for more experienced players (this is a utility card for offense)
Joker=Kill target group (specified number, or specified suit)

comically the specifics on winning escape the player in most experiences. when you get good the rules for winning do not matter and it becomes more of an endurance game.

i myself have triggered instant wins by getting two caravans to 26 while the computer has no caravans. If you make no effort to understand the triggers for winning or losing, good on you. Caravan plays like a game that was invented for the end of the world. You can have several caravans up and feel like your winning but if you do not have strong offense the computer will trigger the win for itself seemingly at random. As if the ignorant courier walked into a game of (I WIN).

As contrived as caravan is. It is no different from combat. Make sure all the odds are in your favor to win.

With the disclaimer out of the way I will go through the basics.

minimum of 30 cards
1.) you may play only numbered cards at the start so make sure your deck is near half numbers and half royals
2.) you may rig your hand by discarding, and drawing, any number of cards at the start of the game giving you the edge if you do not have it
3.) play numbers down on each of the caravans
4.) despite what rules say suit has no bearing on your caravan AT ALL
5.) the second card you play on the caravan determines your caravans ascending or descending order (play a bigger card on a smaller card and the third card you place must be higher than the second)
-i.e.- you place a ten at The Hub, play an ace on that ten and the entire caravan is stunted. becuase you created a descending caravan, and there is no number lower than ace or 1.
alternatively you play a 5 at The Hub first, then you place a 4 on top of it in the scond position, you must then place a 3, 2, or ace in the third position. (lower than the 4 in the second position) visa versa
6.) get your caravan to 26, any less and the computer can stiffarm you with an insta win by getting two 26’s you can in fact win with your own methods instead of this. you can trigger a win by getting all three caravans to 21 first. but it is very difficult.
7.) %90 of games turn into a slugging match so be ready to fight (no spoilers here)
8.) use jack to take down the enemies kings or high numbers
9.) play a queen to change the direction of the caravan (i.e. 5+6 [then you want to play another 5 but cant] ~5+6+Q+5 you can now play any number except for 6 which has the wild card on it)
10.) do not play the same numberd card twice, ever.
11.) play a king to double your opponents doubled cards, or play a king to double one of your cards. you may only play 3 cards on any one card. (i.e. 10+k+k+k)
12.) jokers are nukes, never ever ever discard them. heres how it works.. when you play a joker ona # card it kills every other card with the same # on it, or played on an ace kills every card of the aces suit; globally, except the card that the joker is played on.
-i.e.- lets say you have only one 6 in play on your side, and your enemy has four 6’s in play. if you place a joker on your single 6, every other 6 in play gets jacked up except the 6 with the joker on it.
visa versa, a joker played on an ace of spades will kill all spades in play except for the ace of spades with the joker on it. jokers are an advanced tool but an essential tool.

-SPOILER ALERT-
when you play Ringo, you will discover his deck is ovverun with diamonds. my suggestion (spoiler) figure it out.