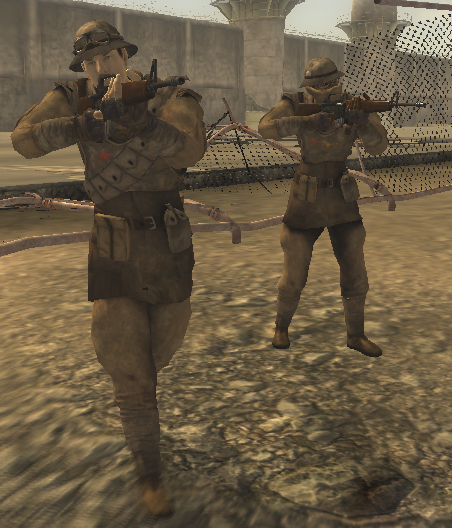 For NCR patriots who want NCR victory at all costs (SPOILERS!)

Help RIngo and Goodsprings in “Ghost Town Gunfight”. DO NOT start the quest before doing Eddie’s quests in the NCRF, because it will make you villified by the powder gangers (see next section as for why it’s important)

Do Eddie’s quests at the NCRF.
Betray Eddie during “I Fought the Law” by offering help to the NCR with their attack on the prison.

Do their quests in HIdden Valley bunker and have a good reputation with them. Do this before the quest “For the Republic, Part 2”, if not you’d have no choice but to blow up their bunker.

Go to Camp McCarran and Major Dhatri’s “Three Card Bounty” quest and kill Cook-Cook, Violet, and Driver Nephi.
Go to Vault 3 and kill Motto Runner, but do this after doing the Great Khan quest line in Red Rock Canyon

DON’T do the Van Graffs quest line.
Complete “Heartache by the Number” but DON’T kill Glorida Van Graff and Alice McLafferty. Snitch on them instead

Do the Great Khan quest line.
Convince Papa Khan to break his Alliance with Caesar’s Legion

Do the King’s quest line.
Ease the tensions between the NCR and The Kings in “G.I Blues”, complete “King’s Gambit” diplomatically by convincing the King to make peace with the NCR.

Followers of the Apocalypse

Convince the followers to support the NCR in “You’ll know it when it happens”.

The Misfits of Camp Golf

Complete “Come Fly With Me”. DON’T complete it by sabotaging the rockets

Do the side quest “Why Can’t We Be Friends?” in Vault 19, side with Philip Lem and convince him to surrender to the NCR.

Complete “My Kind of Town”, persuade the NCR to protect the town.

Please leave your ideas, suggestions, criticisms, feedback, hopes and dreams in the comments below.