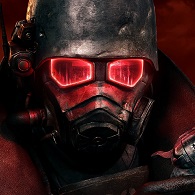 Here’s a list of some useful console commands for Fallout: New Vegas

Here’s some important things to note before we begin:

And with that, we can begin!

setgs fmoverunmult [num] This gamesetting variable is for character run speed. Default: 5,
but I only recommend going up to a max of 12. Note that you may need to refresh your speed by dropping an item that has weight, or toggling to walk then run again.

tmm 1 – Unlocks all map markers, so you can fast travel wherever you want to go.

showracemenu – Allows you to change your sex, race, face, and hair at any time.

Player.additem [string] [number] – Allows you to give yourself items using item IDs. Some item ID’s are listed above the credits of the guide. First argument is the item ID, second argument is the amount of items you wish to add.

search “[string]” ALCH – Returns the item ID of the item name you enter. Useful if you know an item that you want, but don’t know its item ID.

Advlevel – Advances your level by 1.

player.setscale [num] – Modifies your characters size. Recommended to only go between 1 and 10.

player.modav carryweight [num] – Modifies your max amount of weight you can hold before becoming encumbered.

player.addperk [num] and player.removeperk [num] allow you to add and revoke perks to your player. The numerical input determines the perk you wish to add/remove.

RewardKarma [num] – Adds karma to your character. Can also be used to remove karma, by using a negative number.

player.modav health [num] – Sets your health. Be careful, this can kill you.

caqs – The most useful command in this guide, which completes all quest stages, even for quests that haven’t been given yet, effectively ending the game. 🙂

movetoqt – Teleports the player to the next quest target for the selected quest.

tm – Toggles the HUD, allowing you to take screenshots of the scenery without the crosshair or health bar.

tfc – Toggles the Free Camera, allowing you to move around similarly to tcl but while keeping your character in the same location.

sucsm [num] – Changes the speed for tfc. 1 is slow movement, 10 is fast movement.

fov [num] – Changes the field of view for the camera, can be used to create panoramic screenshots. Default: 75

tfow – This command toggles Fog of War, allowing you to see further in every direction.

setgs fVATSHitChanceMult [num] – Changes the VATS hit chance multiplier. Set to 100 for VATS to have perfect accuracy, or 0 to never hit anything.

player.setweaponhealthperc [num] – Changes the durability of the currently equipped weapon. Set to 100 to repair your weapon, or 0 to break it.

I must give credit to those who help me compile this list.

The following commands, I discovered by myself:

The following is a list of each person who has contributed, and the command/s they contributed. (Names may have changed since this was written, sorry)