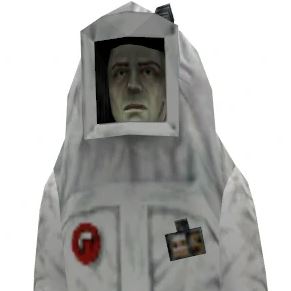 A short and simple Zombie Survival Guide. Handmade by a pencil.

Welcome to the zombie survival guide. If you’re reading this, you are probably not a zombie.
This is a short guide on how to live in this now cruel world.

The Art Of Melee

When you don’t necessarily need (Or have) A gun, Melee is all you have.
Melee is dangerous as you get close to them in the process.
You can use anything as melee, but there are a few better ones than just a lamp.
You can charge up your melee attacks to stop them in their tracks, very useful.
Some melee is longer than the others, Like shovels, the fubar.
The fubar is sometimes unreliable, It is so heavy that it takes me so much time to bring it up to cave in a zombie skull. Other ones are okay. Longer melee is best. Flashlight is for a light. Not for melee.
You can shove those things if they get too close for comfort.
It is dangerous though..

The Art Of Firearms

There are many firearms around, But we’ll be talking about the more common ones.
By my research, 22LR is the worst ammo type.
9mm is second to that.
There is the magnum, Reliable.
Any other pistol is most likely reliable too.
More bigger and reliable weapons like the shotgun are the mainstays, The shotgun really does a number.
Rifles are good as anything else. Keep it on semi, Its not like you need to waste ammo like that.
Rifles include Hunting rifles and the like.
Ive seen people turn weapons on themselves. They have reasons.
Its not like they have a choice.
PS: Only use your guns on the zombies that you need to, you don’t have infinite ammo.

The Beauty of the Grenade

Grenades, oh man, where do I start?
They blow up, Unbelievably great against hordes.
Im suprised people can stockpile them like that.
Its pretty much military only!

PS. It isnt a good idea to throw one near yourself. Its not like a movie, or a heroic sacrifice, its just stupid.

Problems of the Apocalypse

When dealing with getting bit, I’ve seen what can happen.
They can either get hit so much that they die, reanimating, I guess, into one of them.
or they can bleed out. Bandages work though.
Medkits are around. Ive only seen 2 during this entire apocalypse. so uncommon.
They can get infected too. They’ve made pills to combat that. But I’ve heard that its only for 3 minutes, Then you’d need more. Or you’d die from it.
I’ve heard from my close friends yelling “I CANT SEE, HELP, PLEASE”. I hope that never happens to me. If I did, I dont know what other option I would have other than to end it.

So, I guess you’ve read to the end. Im gonna put some extra notes here.
– Fists dont work. Ive seen people trying. It does… nothing.
– You dont run as fast when you have alot of stuff on you.
– I feel bad for those infected kids, The suffering must be terrible.
I have to go out for scavenging at a mall, wish me luck, I guess.